Is there an age at which it is too old to have a baby? A 73-year-old woman in India has given birth to twins. The woman said that becoming a mother for the first time was "the happiest time" of her life. The mother needed a caesarean section operation to deliver the twins. The mother and her two twin girls are all in good health and the mother is recovering well after the surgery. The woman thought she would never be able to have children. She and her husband first tried to have a child fifty years ago. All their attempts were unsuccessful. The woman thought she would be childless forever after her menopause started 25 years ago. She said not having children caused her pain as people called her "the childless lady". 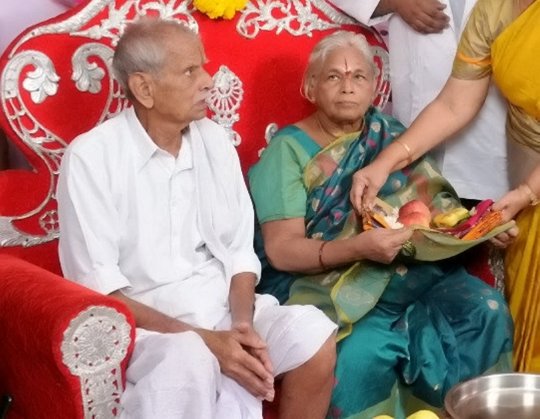 The woman was able to give birth because of the method of IVF. A healthy egg was taken from a younger woman and was fertilized with her husband's sperm. The woman then carried the fertilized egg and she became pregnant. She said that when she found out she was having twins, she could not describe her happiness. She said: "This is the happiest time of my life." The new mother's doctors are also happy with their patient. One doctor said: "During the IVF treatment, we had three groups of doctors. One took care of her general health, one took care of her nutritional status and one took care of her pregnancy." The doctor said she was always in very good hands.

1. A 73-year-old woman in India has given birth to twins.

I know that I can love, raise a family and give birth to a healthy baby.
我知道我可以去爱，养家糊口并生出一名健康的婴儿;LCd+1PY4]WQyU~tp68j。

2.A healthy egg was taken from a younger woman and was fertilized with her husband's sperm.

Flowers are often fertilized by bees as they gather nectar.
花常在蜜蜂采蜜时受粉*=aAqrK4Ti@D]。