BBC Television has suspended one of its biggest stars for reportedly punching a producer. Reporters say Jeremy Clarkson, 54, the presenter of the hugely popular programme Top Gear, got into a fight with the producer, Oisin Tymon. There was an argument about the lack of food available after filming one of the shows. Mr Clarkson supposedly got angry with Mr Tymon over this and hit him. The BBC immediately suspended the show's host and announced they would not broadcast the next two programmes. Clarkson is so popular worldwide that an online petition started, calling for the BBC to "reinstate" him. So far, more than 400,000 people have signed it. 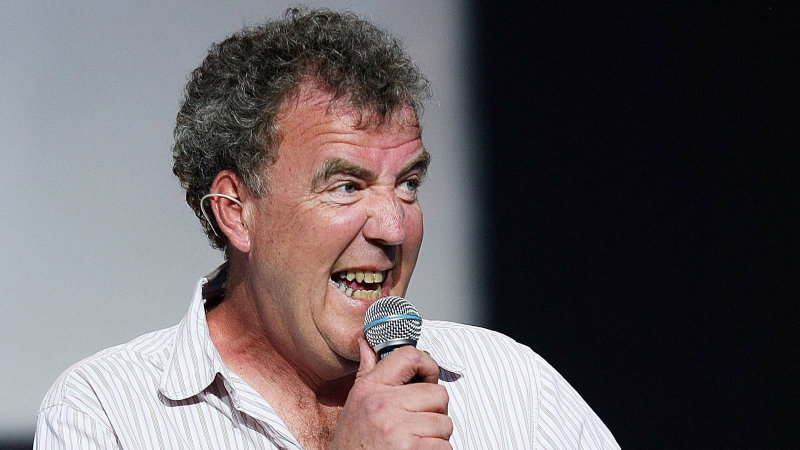 One of Mr Clarkson's co-presenters, James May, did not think the incident was so serious. He told BBC News: "I think [Clarkson has] been involved in a bit of a dust-up and I don't think it's that serious." Mr Clarkson joked with reporters yesterday. They asked him where he was going as he got into his car. He said hewas going to the job centre. Clarkson also retweeted a message from a fan to his 4.5 million Twitter followers. It read: "How can the BBC not show the remaining episodes of Top Gear? Can't this be resolved without making the fans suffer?" The show is broadcast in over 200 countries. Over 350 million people watch it. Clarkson has a history of making racist comments about other nationalities.

They wanted me to sign a petition against experiments on animals.

They charged the accident to the lack of experience.

There's a bit of a dust-up in your financial houses this month, as planets in Aquarius face off against Mars in Leo.

As you read through each one, try to focus on the processes and people that will be involved in bringing your vision to reality.

1.What has the BBC done to Jeremy Clarkson?

2.What was the argument with the producer about?

a) a lack of food

3.How many shows did the BBC say it would not broadcast?

4.What did people start online?

5.How many people signed to say they want Jeremy Clarkson to stay?

6.What is the job of the man who did not think the incident was serious?

7.What did James May say Jeremy Clarkson was involved in?

8.Where did Mr Clarkson tell reporters he was going?

b) to his office

d) to see a lawyer

9.How many followers on Twitter does Mr Clarkson have?

10.How many people watch Top Gear around the world?