Restaurants in the UK will soon have to give all tips to their staff. The UK Prime Minister Theresa May announced new plans that will make it illegal for restaurants to keep the tips given by customers. For decades, many restaurants have kept most of the tips customers add to their credit card payments or the money customers put in tip jars. Some restaurants use the tips as part of a worker's pay. Many people in England are angry about this. Restaurant workers are among the lowest paid staff in Britain and many of them rely on tips to survive. The food and drink industry in the UK is huge. There are over 150,000 hotels, bars and restaurants in the UK. These employ about two million people. 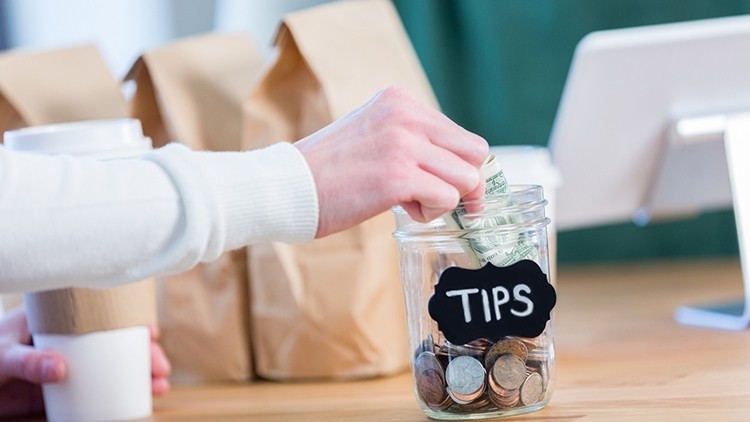 Many waiting staff in the UK are happy that the new law is coming in. They said they were fed up with international chain restaurants keeping the money that was meant for waiters. The staff also said restaurant managers often used the tips to help pay for the chefs and kitchen staff. Workers at the TGI Fridays restaurant chain went on strike earlier this year because of low pay. Prime Minister May said the new law would make sure restaurant workers are treated fairly. She said: "That's why we will introduce tough new legislation to ensure that workers get to keep all of their tips." A spokeswoman for the restaurant industry said a new law was unnecessary because the industry makes sure working conditions are fair.

1.Restaurant workers are among the lowest paid staff in Britain and many of them rely on tips to survive.

We don't rely on blessings from Heaven.
我们不靠老天保佑.dBNl^Dc)=9T*6yCffZ。

2.They said they were fed up with international chain restaurants keeping the money that was meant for waiters.

I get fed up with other people's greed.
我对别人的贪婪厌烦透了N%z]ZbNwQe~,blDA7_(。