Governments in the United States and United Kingdom are waging a war on sugar in the interests of public health. Both countries claim that the overconsumption of sugar by much of the population is detrimental to people's well-being. On Thursday, the U.S. government issued new dietary guidelines that strongly recommend people receive less than 10 per cent of their daily calorie intake from added sugar. On the same day, British Prime Minister David Cameron said he has not ruled out the idea of a tax on sugar to encourage consumers to buy food with reduced levels of the sweet stuff. Politicians in the U.K. are debating how a reduction in the intake of sugar could help alleviate Britain's rising rates of obesity. 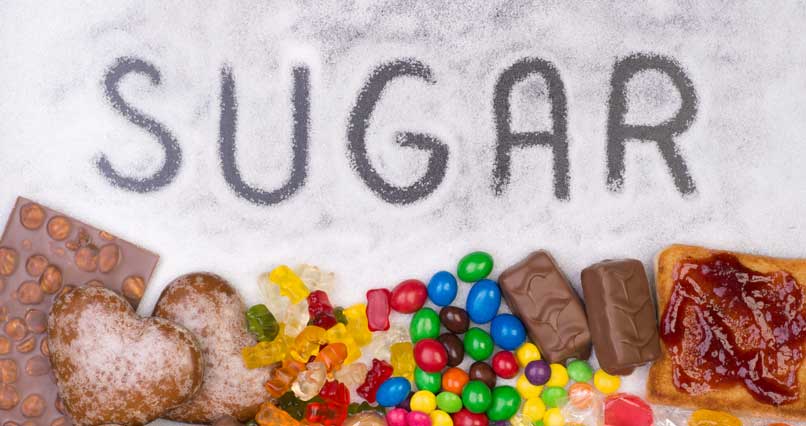 The American and British governments both cite a study conducted in Mexico that showed a tax on sugary, carbonated drinks led to a reduction in consumption. The tax was implemented on January 1, 2014 and purchases of the taxed beverages went down by 12 per cent by December of that year. Sales of mineral water increased by four per cent over the same period. An alternative to taxing sugared drinks is to reduce the level of sugar in them. Researchers at Queen Mary University in London say that reducing the sugar content in sugar-sweetened drinks by 40 per cent over five years could prevent one million cases of obesity in the U.K. Researchers say people might not even notice the changes.

例句：Did you listen in to the Prime Minister yesterday evening?

例句：Lime in the soil is detrimental to some plants.

例句：The idea is to encourage people to get to know their neighbours.

1.What are the US and UK governments waging a war on?

2.What do governments say sugar is detrimental to?

3.What kind of guidelines did the US government issue?

4.What has the British leader not ruled out?

d) a tax on sugar

5.Who is debating a reduction in the levels of sugar people consume?

a) the U.S. government

6.Which country reduced consumption of sugary drinks following a tax?

7.How much did sales of mineral water rise after a tax on sugary drinks?

8.What could be an alternative to taxing sugary drinks?

b) reducing levels of sugar

9.How many cases of obesity did researchers say could be prevented?

a) changes (in sugar levels)

b) a ban on sugar

c) a tax on sugar