New Zealand Prime Minister John Key could be in trouble after he pulled the ponytail of a waitress in a cafe. Mr Key apologised after waitress Amanda Bailey posted online that the PM had pulled her hair many times when he visited the cafe. Ms Bailey said Mr Key started the hair-pulling last year during his election campaign. She said she repeatedly told him to stop and to not do it again, but he didn't listen to her. Shecould now take New Zealand's leader to court. He could be investigated for the crime of "hostile touching"if Ms Bailey goes to the police. A New Zealand legal expert said: "You have to remember this is an older white male with a lot of power." He said Ms Bailey was in a powerless position. 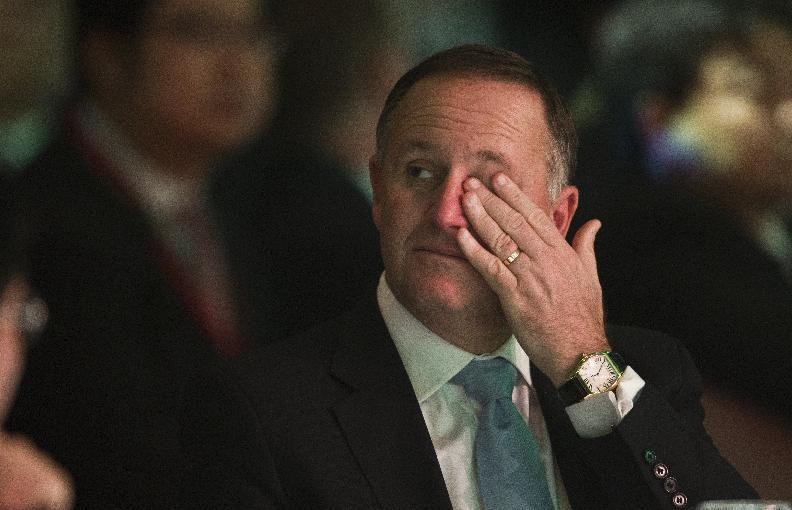 Mr Key has apologised for his actions and said he was just "horsing around" (joking) with the waitress. However, many people in New Zealand think the apology is not enough. Women's rights campaigner Marilyn Waring told Radio New Zealand that she believed Mr Key had broken the law. She said: "I'm getting tired of it being called anything but illegal." New Zealand's deputy leader Tracey Martin said it was unacceptable behaviour for a leader of any country. She added: "If he doesn't understand where people's personal boundarieslie, we've got some rather serious problems." The Equal Employment Opportunities Commission, said: "It's never OK to touch someone without their permission."

例句：I hope you don't mind if my friends horse around after dinner.

例句：We are listening to him playing the piano.

例句："What on earth do I know about being president?" Mrs. Aquino said in an interview in December 1985, after a rally opening her election campaign.

例句：A legal expert summed up the case against her.

1.Where did John Key pull the waitress' ponytail?
a) in his office
b) in the street
c) on a train
d) in a cafe
2.What kind of campaign was there last year?
a) a charity campaign
b) an election campaign
c) a military campaign
d) a fundraising campaign
3.How often did Mr Key pull the waitress' ponytail?
a) two times every three weeks
b) once every three weeks
c) repeatedly
d) every week
4.Where could Amanda Bailey take John Key?
a) to court
b) to Australia
c) to the cleaners
d) to dinner
5.What kind of position was Ms Bailey in?
a) a seated one
b) a strong one
c) a powerless position
d) a powerful position
6.What words did Mr Key use to say he was joking?
a) monkey business
b) horsing around
c) donkey work
d) a dog's life
7.What did a women's rights campaigner say Mr Key had broken?
a) a plate
b) a record
c) the public's trust
d) the law
8.What job does Tracey Martin have?
a) deputy leader
b) CEO
c) equal rights campaigner
d) waitress
9.What kind of problems did Tracey Martin say John Key might have?
a) small ones
b) health problems
c) serious ones
d) financial problems
10.What did the Equal Employment Opportunities Commission say was not OK?
a) equal rights
b) touching people without permission
c) playing with ponytails
d) not apologising