New research shows that it is bad for children to watch TV, tablet or mobile phone screens before bedtime. Researchers from the University of Colorado found that "screen time" before sleeping damages children's health. The researchers looked at over 60 different studies on how screen time affects children. They said: "Of more than five dozen studies looking at children aged from 5 to 17 around the world, 90 per cent have found that more screen time is associated with delayed bedtime, fewer hours of sleep, and poorer sleep quality." Screens are becoming smaller and smaller, so children can look at them in bed. More than 75 per cent of children in the study had some kind of screen in their bedroom. 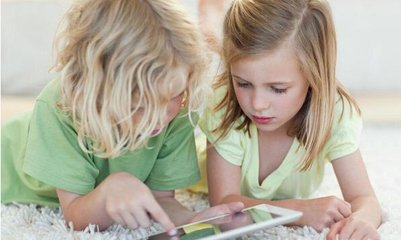 Children need a lot more sleep than adults. Pre-school children need 10 to 13 hours, pre-teens should get between nine and 12 hours, and teenagers should be getting between eight and 10 hours a night. The researchers highlighted three main reasons how screens affect children's sleep. First, the light from screens upsets a child's body clock. The light from screens getting into children's eyes before they sleep tricks their body into thinking it is still daytime. Second, children often watch videos of things that excite them or interest them. This keeps their brain active, so they take longer to sleep. Finally, when children are watching screens, they are not exercising. Children need physical activity to make them tired.

1.90 per cent have found that more screen time is associated with delayed bedtime.

Dogs were also associated with healing in the ancient world.
在古代，狗也与治病有关rv_fL!C!z9Sq~h。

2. The light from screens getting into children's eyes before they sleep tricks their body into thinking it is still daytime.

Love songs trick us into believing in knights in shining armor.
情歌哄骗我们去相信有勇救美人的英雄qA]w[eMD(L。