Botanists in the U.K. are amazed at how many flowers are in bloom this winter. They said that in normal years, between 20 and 30 species of flowers and plants are open. However, on New Year's Day, scientists found 368 different species in bloom. Scientists believe the record number of flowers in bloom is because of climate change. Last year was the warmest year Britain has ever had. Botanist Dr Tim Rich told the BBC about his surprise at the number of flowers he saw at the start of this year. He said: "Fifty years ago, people looking for plants in flower at the start of the year found 20 species. This year the total has amazed us. We are stunned." He said some flowers were in bloom five months early. 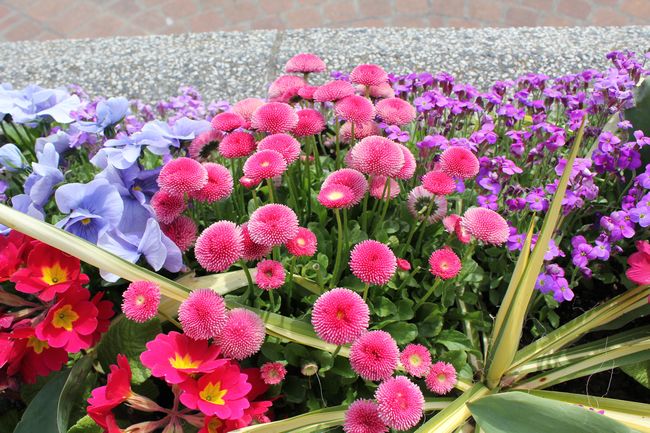 Doctor Rich explained how the changing weather was affecting flowers that are usually killed by the cold in December. He said: "We are now in our fourth mild winter. Normally flowers get frosted off by Christmas but this year it hasn't happened." He added: "We thought that the snow and hard frosts before Christmas would have finished most flowering…but it seems not to be the case." The most common plants in flower were daisies and dandelions. Britain's weather agency, the Meteorological Office, described the climate for last year. It said: "All months except August were warmer than average, and this was the warmest year on record for the UK. It was also wetter than average for many locations."

What should we do about climate change?

"What should I look for"?

Pretty soon the lilacs would be in bloom.

4.be on record 记录

But the real pain began that winter, one of the coldest on record.

1.What kind of scientists are surprised at the number of flowers open?

2.How many different species did scientists find open?

3.What did scientists say was the reason for the flowers opening?

4.How many different plants would people have found 50 years ago?

5.How early were some flowers blooming?

6.What usually kills flowers by December?

a) a lack of sunshine

7.How many mild winters did Dr Rich say Britain has had?

8.What were the most common flowers in bloom this winter?

a) daisies and dandelions

b) roses and tulips

9.Which month was not warmer than average?

10.Where was it wetter than average in the UK?

b) in many locations