Many people feel safer in their own cars than risk getting germs while travelling on public transport. The truth for many car drivers and passengers is the opposite. A British survey discovered that most cars are so dirty inside that they are a potential breeding ground for bacteria such as the deadly E.Coli. The survey was carried out by the University of Nottingham. Microbiologists analysed steering wheels, hand brakes, foot wells and seats to find out what bacteria might be lurking there. They found that most cars were dirty enough to harbour the deadly bacteria. They also discovered that most car owners gave very little thought to the importance of keeping their car interior hygienic. 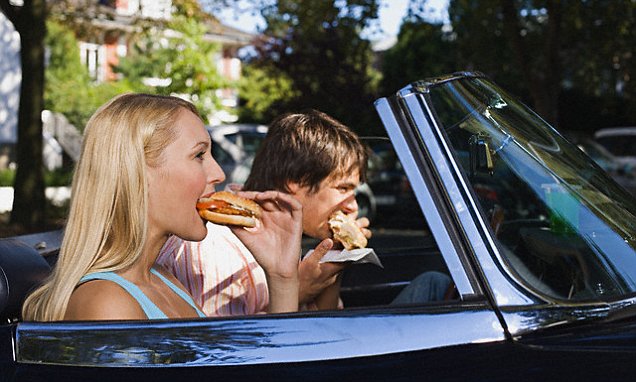 Cars are an ideal place for germs to live. Over half of car owners have dropped food onto seats, while a third have spilt drinks. Other owners spoke of children's vomit and 'pet accidents'. Despite this, only a quarter of owners cleaned the inside of their cars once every three months and most drivers still eat and drink at the wheel. Common problems the researchers found were drink bottles under seats, used tissues in storage areas and rotting food on carpets and seat covers. A spokeswoman said: "It's really worrying to see just how dirty people are letting their cars get. We were expecting to find some bad stuff from the University of Nottingham's testing but we didn't expect to find bacteria relating to E.coli in there."

例句：There is no breeding ground for major social and political crises.

例句：You should not store any document that is over 100MB in a database storage area.

例句：One pocket is dedicated to store a drink bottle.

例句：First, review what you can expect to learn from this tutorial and how you can get the most out of it.

1.Where do people think is safer than public transport?

a) their own cars

2.What is a potential breeding ground for bacteria?

4.What were most cars dirty enough to harbour?

5.What did most car owners give little thought to the importance of?

6.What fraction of car owners dropped food on car seats?

7.How many car owners clean the inside of their cars every 3 months?

8.What did researchers find under car seats?

9.What did researchers find on seat covers?

10.What kind of bacteria did researchers not expect to find in cars?

b) that relating to E.coli