The European Union has ruled that workers with no fixed office should be paid for travelling to and from their first and last appointments of their day. This could have a huge impact on the payroll expenses of companies across Europe. The European Court of Justice said that the journeys of workers who do not have a fixed place of work, and who travel between their home and their customers’ premises, are to be paid work. This means potentially higher salaries for care workers, sales staff, plumbers, nannies and other company employees who work from home. The court said it was to protect the health and safety of workers and ensure they did not work longer than 48 hours per week. 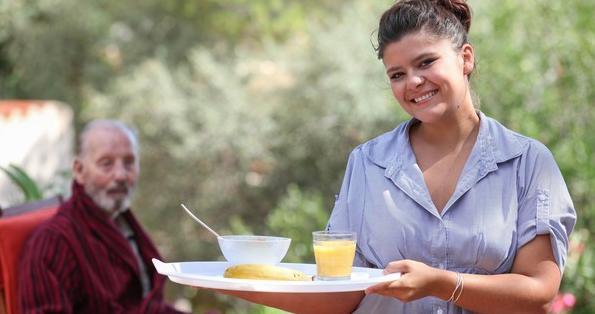 The ruling means that thousands of companies across Europe could be forced to change their business arrangements. Many will have to rearrange the working schedules of employees to ensure that their first and last appointments are near their homes. A British employment lawyer, Chris Tutton, told the BBC that: "Unless [bosses] adjust working hours or ask employees to opt out of the 48-hour working week, employees could quickly exceed the number of hours they are legally allowed to work. Bosses could therefore soon find that they are operating illegally and be at risk of facing costly claims against them." The ruling does not affect people's daily commute to their normal, fixed place of work.

例句：They are lounging away their working hours.

例句：One elderly woman felt her care worker had discriminated against her on caste grounds, while a physiotherapist was also alleged to have refused to treat someone of low caste.

例句：Turkish diplomats said they would take up the matter of the blockade in the International Court of Justice in the Hague.

1.Which workers come under the EU's new ruling?

d) those with no fixed offices

2.What kind of expenses could the ruling have a huge impact on?

3.What could be higher for nannies and care workers?

4.What does the EU want to protect?

5.What is the maximum hours per week the EU wants for workers?

6.What could businesses be forced to change?

7.Where should a worker's first and last appointments be near?

d) the beginning of the month

8.What is the job of Chris Tutton?

9.What could bosses be at risk of facing?

10.Who does the ruling not affect?