One of the world's biggest makers of tissues is changing the name of one of its products. The company called Kimberly-Clark is putting an end to its Kleenex "Mansize" brand of tissues. This comes after many people complained to the company that the name "Mansize" was sexist. That name has been on the boxes of Kleenex tissues for over 60 years. Kleenex "For Men" tissues were first launched in 1956. They were advertised as an alternative to cotton handkerchiefs. Adverts said the tissues "stayed strong when wet". The company said that from now, the tissues will be renamed "Extra Large". Many companies around the world are looking at the name of their products to make sure they are not gender stereotyping. 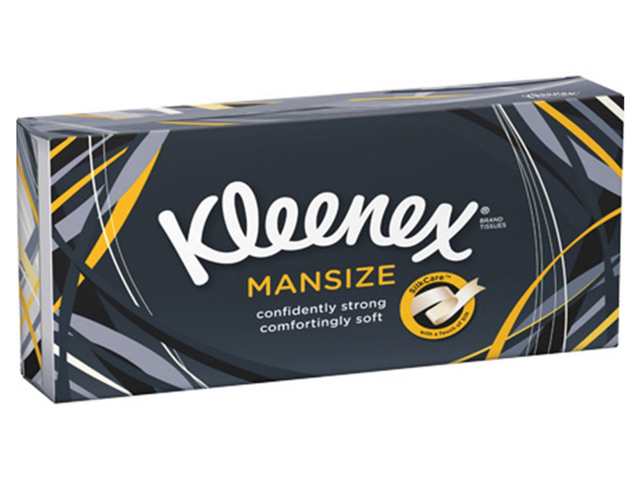 Kimberly-Clark said it was changing the name of its tissues because its consumer service department had many complaints about the Mansize name. It said: "Kimberly-Clark in no way suggests that being both soft and strong is...exclusively masculine....Nor do we believe that the Mansize branding suggests or endorses gender inequality." It added: "We remain committed to developing the best possible products for our consumers and we take any feedback extremely seriously." The name change has started an online debate on brand names, company names and sexism. A radio presenter suggested it was time to rename the store Mothercare as many fathers also look after babies.

1.The company called Kimberly-Clark is putting an end to its Kleenex "Mansize" brand of tissues.

put an end to 终止；结束

The time has come to put an end to the conflict
结束冲突的时候到了&]Ho++7E-!TL%。

2.This comes after many people complained to the company that the name "Mansize" was sexist.