A major supermarket in the UK will soon remove all candy and chocolates from near its checkouts. The supermarket giant Tesco said that from the end of this year, there will be no sweets or chocolates next to customers waiting to pay for their food. This is because it wants its customers to be healthier. Tesco did a lot of research on the best place to put things in its stores. It said that two-thirds of its customers thought it was a good idea to remove candies and chocolates from in front of the checkouts. Tesco's chief executive Philip Clarke said: "We all know how easy it is to be tempted by sugary snacks at the checkout, and we want to help our customers lead healthier lives." 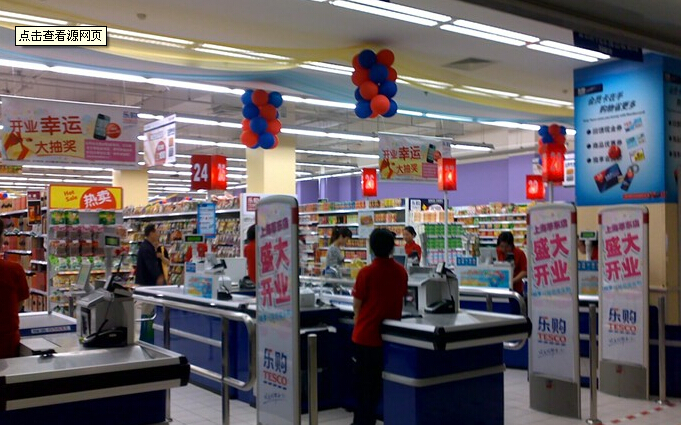 Britain's Public Health Minister Jane Ellison welcomed Tesco's idea. She said it would help tackle obesity and poor health. She said: "This initiative will help people to make healthier choices, which all contributes to reducing the long-term cost to our nation of obesity and ill-health." A spokeswoman from the parenting website MumsNet.com told the BBC that Tesco's move was "positive" and would make life "that little bit easier". She said: "Popping into a shop with a small child…can sometimes feel like navigating an assault course." She was happy that Tesco listened to people, saying: "It's really positive to see a supermarket responding to the views of their customers."

We tacked ourselves to the end of a long movie queue.

I'll settle with you, you have to pay for your insulting.

I also see this commitment as recognition that poor health and poverty are closely tied, as are better health and the prospects for development.

Making a good Web site is hard, so take everything you find here as a rough template to be filtered through your needs and budget rather than a finished design you can pop into production.

How do you respond to skeptics who say there must be some biological or physiological basis for that kind of experience, which you say in the book is medically inexplicable?

1.Where are the supermarkets?

2.By when will the chocolates be removed?

d) the end of the year

3.How many customers thought Tesco's idea was good?

4.Who is Philip Clarke?

a) a candy company boss

b) a Tesco customer

5.What does Tesco want its customers to lead?

6.What did a health minister say the idea would tackle?

7.What will the initiative help people make?

8.What did a parenting website say would be easier because of the idea?

a) shopping with a child

b) the break department

10.Whose views did Tesco respond to that made someone happy?