The residents of a town cut off by last week's New Zealand earthquake have received a somewhat unusual but welcome air delivery – enough fast food to feed a small army. The mercy mission to the town of Kaikoura was organized by a plasterer from the town of Nelson 130 kilometres to the north. Robert Coombes, 49, spent three days gathering donations from people and bought as much fast food as he could with the cash. He filled a friend's light aircraft with 400 pieces of Kentucky Fried Chicken, 300 McDonald's burgers, 50 Domino's pizzas, and hundreds of candies. His cargo of tasty treats landed in Kaikoura in time for lunch on Friday. Kaikoura was the town worst hit by the magnitude 7.8 quake. 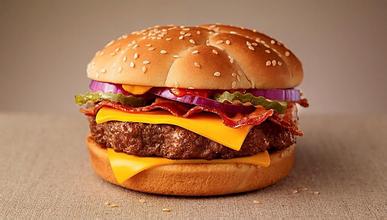 Mr Coombes explained to reporters that he wanted to "put a smile on people's faces, even if it's only for one day". He added: "There's necessities, but with kids, you need a bit more than bread and water. I just thought I'd fill the plane with junk food and bring a little bit of happiness to the place…. It's just being a good human being." Coombes said the manager of KFC and McDonald's supported his idea and their staff started work two hours earlier to prepare the goodies. Main roads and rail links to Kaikoura have been severed by massive landslides. There have been well over 2,000 aftershocks since Monday and the government is warning that there are likely to be more.

He faced the press, initially, in a somewhat subdued mood.
他最初面对媒体时情绪有点忧郁aew,_zm8Qy+^Ff。

You can of course help by giving them a donation directly.
你当然可以通过直接向他们捐款来帮助他们IraRzn2))Eb;[tPeG@#。

Water is a basic necessity of life.
生命离不开水*cw#0m@LTj#CRak]G*4.。

1.The residents of a town cut off by last week's New Zealand earthquake have received a somewhat unusual but welcome air delivery.

Light and water in embassy buildings were cut off.
大使馆内的水电都被切断了_qd6sopmnHG70。

2.His cargo of tasty treats landed in Kaikoura in time for lunch on Friday.

I arrived just in time for my flight to London.
我及时赶上了飞往伦敦的航班(Q_)zNy;1pae_m。