There is good news about the twelve boys and their football coach who are trapped in a Thai cave. They are alive and well. The group was missing for nine days, but was found by rescuers yesterday. Thailand has been praying for them to be found since they went missing on June 23. The search for the group was 24-hour news in Thailand. It was unclear where they were or whether or not they were still alive. The boys, aged between 11 and 16, and their 25-year-old coach went missing. They went into the cave in northern Thailand when it was dry, but there was suddenly heavy rain. This blocked the exit to the cave. The rain flooded it and the boys and their coach were trapped. 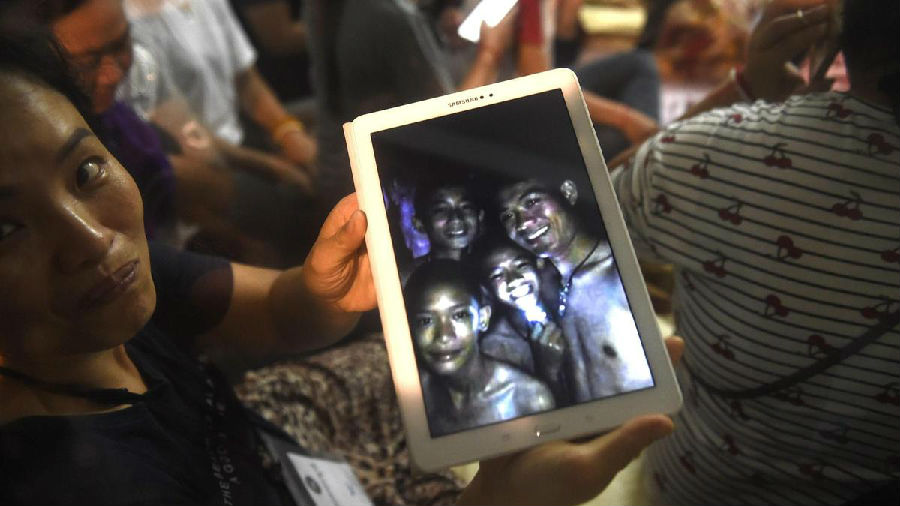 The bad news is that the soccer team could be trapped in the cave for months. Rescuers have to wait until the water recedes goes down before the team can get out. Another possibility is for the boys to learn to dive. If they do that, they can get out sooner. However, none of the boys can swim. Rescuers say they may have to take food, medicine and supplies to the boys for the next four months. They are currently trying to put power and telephone lines in the cave. Two British rescue divers who found the boys said they were all happy, but very, very hungry. The rescuers took a video of them. A mother of one of the boys described her happiness. She said: "I'm so happy I can't put it into words."

1.There is good news about the twelve boys and their football coach who are trapped in a Thai cave.

The train was trapped underground by a fire.
列车被大火困在地下DUAe3@TJE%G*(x@。

Deep feelings are hard to put into words.
深厚的感情难以言述qdG1,)~,EzE5J^w4)。