The president of the Philippines Rodrigo Duterte has announced his country will move away from the USA and work more closely with China. President Duterte made the announcement in China's capital Beijing. He was meeting with Chinese leaders to talk about future cooperation between the Philippines and China. Mr Duterte also hinted he might work more closely with Russia. He said: "Maybe I will also go to Russia to talk to Putin and tell him that there are three of us against the world - China, the Philippines and Russia. Duterte said he would end military and economic agreements with the USA. He told the USA: "Your stay in my country was for your own benefit. So it is time to say goodbye, my friend." 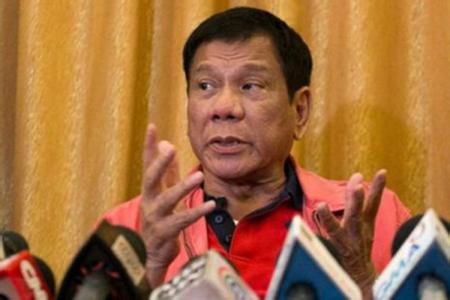 President Duterte's announcement could change many things in the Asia-Pacific region. It will mean China is stronger in the area and the USA is weaker. It is possible that Duterte may ask the USA to leave its military bases in the Philippines. The loss of the Philippines bases would be a big problem for the USA. A White House spokesman said: "If the Philippines are out…that starts to raise questions about our whole approach to the region." This break from the US comes after 65 years of close partnership between the two countries. The Russian newspaper 'Russia Today' commented on the changing relations in the Asia-Pacific region. It wrote: "China has just turned a former rival into a regional ally."

Criticism is hinted at, but never made explicit.
批评总是含沙射影，但从未明说Ry8GDP5(_Puh@v。

It is certainly worth checking up on your benefit entitlements.
查清楚你可以享受哪些福利是绝对有必要的JfrS895_Vz^Y。

We have a very communicative approach to teaching languages.
我们在语言教学中非常强调交际教学法z([DsdSsnEfF3F|v-S。

He polled four times as many votes as his rival.
他得到的选票数量是竞选对手的4倍)O(30Ip3=cYO*V。

1.The president of the Philippines Rodrigo Duterte has announced his country will move away from the USA and work more closely with China.

I came gradually to move away from the position that I had always held, and to see the value of opposing opinions.
我逐渐地改变了以前的立场, 并认识到反对意见的价值bTIay8(z;MQw*A。

2.The Russian newspaper 'Russia Today' commented on the changing relations in the Asia-Pacific region.

I don't really know so I could not pass comment on that.
我不了解实情，所以我不能就此发表意见tXsyK*_tzI1tr-.yBG**。