The World Health Organisation (WHO) has warned that a new coronavirus strain could be passed from human to human. The virus, called nCoV-EMC, looks like an offshoot of the Severe Acute Respiratory Syndrome (SARS), which killed 775 people and infected 8,273 between 2002-03. However, the WHO was quick to point out that the new strain isn't as virulent as SARS. The warning came after the 34th case worldwide came to light on Sunday. A man is in a "very serious but stable" condition in an intensive care unit in France. It is believed he contracted the virus while vacationing in Dubai in April. The new coronavirus has already claimed the lives of 18 people, 15 of the fatalities being in Saudi Arabia. 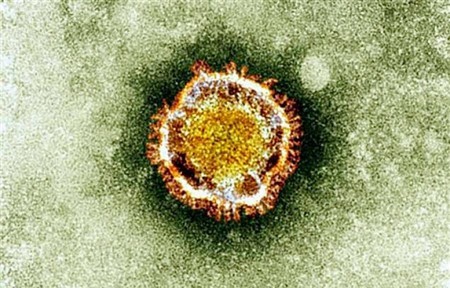 Coronavirus causes respiratory illnesses in both humans and animals. Unlike SARS, which spread from birds and animals to humans, the new strain could have mutated to spread between people. A WHO spokesman, Keiji Fukuda, told reporters in the Saudi capital Riyadh on Sunday that the new virus posed an "important and major challenge" for those countries already affected and for the whole world. He stressed that while the new virus was not SARS, it was very worrying. He said: "Of most concern is the fact that the different clusters seen in multiple countries increasingly support the hypothesis that when there is close contact, this coronavirus can transmit from person to person".

例句:It has come to light that he was lying.

例句:In fact, she was lying metres away in the intensive care unit of the same hospital.

例句:The two countries maintained close contact with each other throughout the crisis.

例句:I should point out that these estimates cover just the hospital expenditures.

1.What did the WHO warn of?

a) to wash our hands regularly

b) not to live near chickens

2.How many did SARS infect and kill?

3.How is the man in the French hospital?

a) he's up and about

b) he's near to a full recovery

c) his vital signs are deteriorating

d) he's in a serious but stable condition

4.How did the man get the virus?

a) after eating chicken

b) while on holiday in the UAE

c) he was researching the virus

d) no one knows

5.How many fatalities have there been and where are they?

6.How does the virus differ from SARS?

b) it can pass from person to person

c) it causes a fever

d) there's no hope of recovery

7.How could the new strain have arisen?

a) after an accident in a research lab

b) it's a long-lost prehistoric strain

c) it has always been with is

d) it could have mutated

8.What did Mr Fukuda want to make people aware of?

a) that wearing a mask eliminates any risk

b) that nCoV-EMC isn't SARS

c) that travelling could be dangerous

d) not to get too close to people

9.Which countries face a challenge?

b) Saudi Arabia and the UAE

d) those in the northern hemisphere

10.What hypothesis seems to be supported?

a) that viruses spread among humans

c) the WHO / SARS hypothesis

d) that being near people can spread the virus