Researchers have discovered there could be a good reason why women spend so long in the morning getting ready for work. They get paid more if they wear makeup and do their hair. Sociologists Jaclyn Wong and Andrew Penner concluded that attractive people get paid around 20 per cent more than what they called "average" people. They found that both physically attractive men and women tended to earn more than average-looking employees. They added that the more a woman cared about her looks, the more attractive she appeared. Ms Wong said: "For men, only about half of the effect of attractiveness is due to grooming. I think that we more readily judge women, and so presentation becomes important to them." 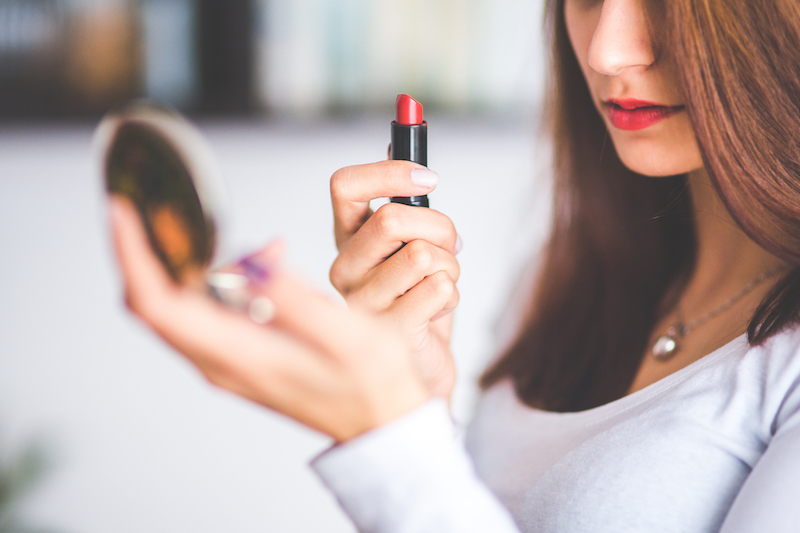 The study was conducted by the universities of Chicago and California. It will be published in the journal Research in Social Stratification and Mobility. The researchers analysed data from 14,000 participants who were questioned about their salary, job, education, personality, social behaviour and other characteristics. The interviewers were also asked to rate each participant on how attractive and well-groomed they were. Researchers said people were biased when it comes to beauty because of a 'halo effect'. People think someone who is attractive on the outside will also be beautiful on the inside. The researchers noted that the idea that humans are influenced by beauty bias is not new.

1.when it comes to 当提到

例句：When it comes to photography, I'm not an adept.
要说照相，我不是内行zOL(8(yYYSanVL@P。

例句：A well-groomed man came in the cafe and ordered a cup of Latte.
一名穿着得体的男人走进了咖啡馆，点了一杯拿铁^m@66bL5x)+_KlbfVXT。

1) What do women spend a long time doing in the morning?
a) reading the newspaper
b) getting ready
c) sleeping
d) eating breakfast

4) Who do attractive people get more pay than?
a) average people
b) bosses
c) their colleagues
d) researchers

5) How much of the attractiveness of men is because of grooming?
a) three-quarters
b) about half
c) two-thirds
d) two-fifths

6) What university carried out the study besides California?
a) Chicago
b) Michigan
c) Maine
d) New York

8) Who did interviewers have to rate?
a) participants
b) themselves
c) models
d) bosses

9) What is the effect mentioned in the article that is related to beauty?
a) hollow effect
b) help effect
c) hello effect
d) halo effect

10) What idea did the researchers say was not new?
a) pay
b) inside beauty
c) beauty bias
d) attractiveness