A politician in the United Kingdom has blocked a new law on upskirting from being passed. Upskirting is when someone secretly takes a photo under someone else's skirt. Many politicians wanted to make it a crime, with a two-year prison sentence. However, the politician Sir Christopher Chope blocked the government's attempt to pass the law. Mr Chope is a member of Prime Minster Theresa May's ruling Conservative Party. Ms May said she was "disappointed" that a member of her party blocked the law from being passed. She wanted to see upskirting become a criminal offence. She added that she wanted to see the bill pass soon, "with government support". 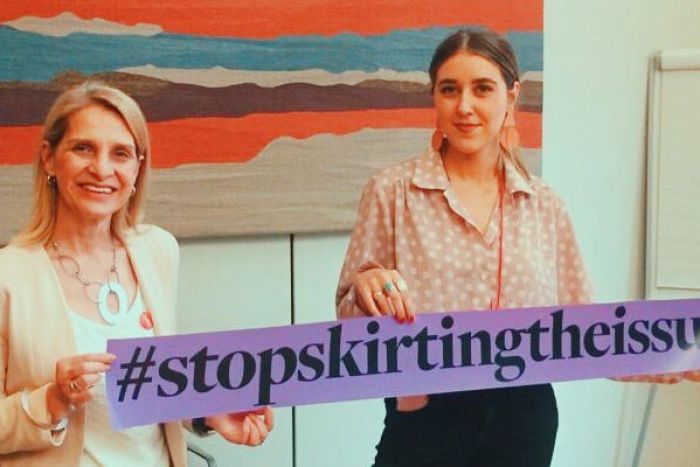 Upskirting is becoming a big problem around the world because of digital cameras on mobile phones. Thousands of women in many countries have complained after men have taken photos up their skirts. Quite often, the man uploads the photo to a website. Mr Chope did not tell reporters why he blocked the bill. However, Gina Martin, the woman who started the campaign for the upskirting law, said Mr Chope told her that he objected to it because it "wasn't debated" in parliament. She also said Mr Chope "wasn't really sure" what upskirting was. Politician Dawn Butler said: "It's absolutely disgusting that a male politician has blocked upskirting from becoming a criminal offence."

1.A politician in the United Kingdom has blocked a new law on upskirting from being passed.

The proposed merger has been blocked by the government.
建议中的合并计划遭到了来自政府的阻力@r._Defw*rQ92G。

2.Thousands of women in many countries have complained after men have taken photos up their skirts.