Pope Francis has given the green light for three showers to be installed in the Vatican so the homeless have a free place to wash. The new showers will be in the world-famous St Peter's Square, a place where millions of pilgrims flock to each year. The inspiration came from Archbishop Konrad Krajewski, who met a man who had been homeless for a decade. Apparently, the archbishop invited the man to dinner to celebrate his 50th birthday. The man declined saying he was embarrassed to accept the invitation because he smelled bad.The archbishop said: "I took him to dinner with me nonetheless….During dinner, he explained to me that you can always find some food in Rome. What is missing is a place to wash." 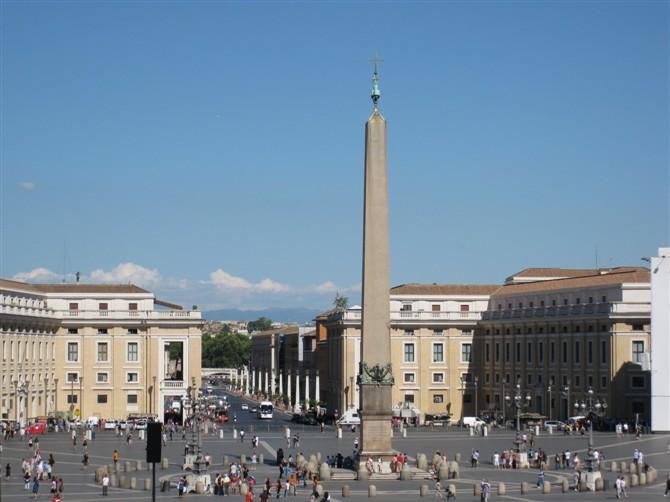 Construction of the showers will commence on November 17th. The idea has energised city planners, who havealready put plans in place to erect a further ten showers across Rome. Archbishop Krajewski has called fo volunteers and donations to help maintain the showers. He said the service particularly needed soap, towels and clean underwear. He told reporters: "It is not simple. It is easier to prepare sandwiches than to run a shower service. You need volunteers." When asked by journalists if he thought visitors might be offended by the showers for the homeless, the archbishop replied that it had always been the duty of the church to serve the poor and needy.

My father and mother want to invite you to go to the movies. (invite sb. to do sth.)

Therefore, not only have we delayed the decision, we haven't put in place a chain of events to get us any closer.

But this alone would not be enough to make Berlin the center of cultural life. So many artists flock to Berlin because living there is cheaper than living in any other big city in Europe.

Their occurrence does not call for any change in the present level of pandemic alert.

1.What kind of light did the Pope give for the new showers?

a) a white one

b) a green one

d) an amber one

2.Who flocks to St Peter's Square every year?

3.Who did an archbishop meet for dinner?

a) a homeless man

4.Why did a man initially decline an invitation to dinner?

b) he disliked the archbishop

c) he thought he smelled

5.What did a homeless man say you could always find in Rome?

6.When will the construction of the showers begin?

7.How many more showers are there plans for?

8.What did the archbishop say was easier than running a shower service?

9.Who did journalists think might be offended by the showers?

10.Who is it the duty of the church to help?

d) the poor and needy