A top adviser to the British government has attacked the quality of British schools and teachers. The adviser, Dominic Cummings, has worked closely with the UK Education Secretary Michael Gove for many years. Mr Gove has followed many of his adviser's ideas and has become very unpopular with British teachers. Cummings has made teachers very angry about a new report he made on education in Britain. He said education in Britain is "between awful and mediocre". He said most teachers do not do a good job in the classroom and that "real talent is rare". He wrote: "In England, few teachers are well trained in the basics of extended writing or mathematical and scientific modelling and problem-solving." 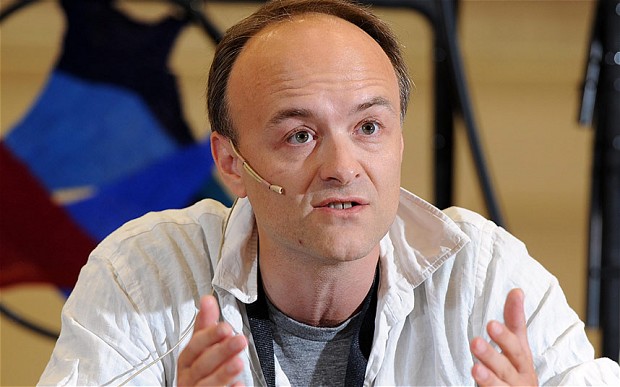 Mr Cummings also attacked other areas of Britain's schools. He said billions of dollars are "wasted" on projects to help poorer students and on "pointless" university courses. He argues that many university courses in England teach students little and do not help them get a job. He said university students needed to work much harder. Cummings also angered teachers by saying 70 per cent of a child's ability in the classroom is because of his or her genes, and not because of teachers. Senior officials at the Department for Education have said Mr Cummings should be fired. One said he is the reason for a lot of the Education Secretary's "madder ideas". Many teachers also want Michael Gove to be fired.

例句：To solve this puzzle, I looked to what had already proved to be an effective practice for problem-solving, RUP.

例句：After a spell in academia and six years at the World Bank, he spent a decade from 1991 as a senior official at the Italian Treasury.

例句：It is mainly because of my fault.

例句：So what are you so angry about?

1.Who has Dominic Cummings worked closely with?

2.What has Michael Gove followed?

3.What do teachers think of Michael Gove?

a) he has no real talent

b) he isn't well-trained

4.What did Mr Cummings say about real teaching talent?

a) students are lucky

5.What did Mr Cummings say about teachers in England?

a) few are well-trained

b) they are the best in the world

c) they should be paid more

d) they should teach overseas

6.What did Cummings say was wasted?

7.What did Cummings say was pointless?

b) pencils in classrooms

8.What did Cummings say about university students?

a) they are better than ever

b) they should study more

c) they have no hope

9.What percentage of a child's ability did Cummings say was because of genes?

10.What do many teachers want to do to Mr Gove?

a) cut his salary