The number of children in Japan has fallen to its lowest number since records began. There were 170,000 fewer children in Japan at the end of March 2018 than there were a year earlier. Japan's Ministry of Internal Affairs and Communications issued a report on Friday showing the falling numbers of children. According to the statistics, the number of children aged 14 or under dropped for the 37th consecutive year. There was another record fall in the ratio of children to the overall Japanese population. This dropped to a new record low of 12.3 per cent and was the 44th year of decline in a row. This ratio is the lowest among countries in the world with a population of 40 million or more. 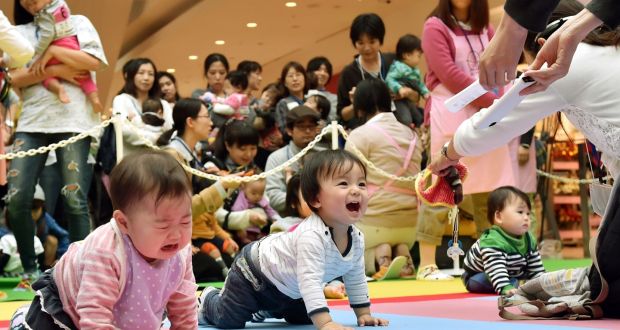 Japan's Prime Minister Shinzo Abe has been trying to address the country's dwindling birth rate. He has introduced several measures to encourage lower-income families to have bigger families. However, these measures seem to be having little success. This is coupled with the fact that fewer Japanese people are getting married, which demographers say is a "ticking time-bomb" for Japan. The number of annual births in 2016 fell below one million for the first time since the government began collecting data in 1899. Japanese demographers predict that by 2050, Japan will have 23 per cent fewer citizens. This means a rapidly aging society and a greatly diminishing workforce.

1.According to the statistics, the number of children aged 14 or under dropped for the 37th consecutive year.

The Cup was won for the third consecutive year by the Toronto Maple Leafs.
这个奖杯连续第三年由多伦多枫叶队赢去了x67,e;JsYF=buH6。

2.This means a rapidly aging society and a greatly diminishing workforce.

Federalism is intended to diminish the power of the central state.
联邦制度旨在削弱中央政府的权力HbX!U@EnXQ@Au。