Police in the US state of Ohio are going to look into the shooting of a 17-year-old gorilla at Cincinnati Zoo. They will investigate the facts around the killing of Harambe the gorilla after a four-year-old boy fell into the ape's enclosure on Saturday. Video footage showed the gorilla dragging the boy through shallow water in his cage for up to ten minutes. Some people who were at the zoo said they were worried about the little boy's safety. Other people said the gorilla was trying to protect the child and that the animal was becoming upset by the noise from the crowds of people looking at the event. Zookeepers made a decision to shoot the gorilla because they feared for the boy's life. 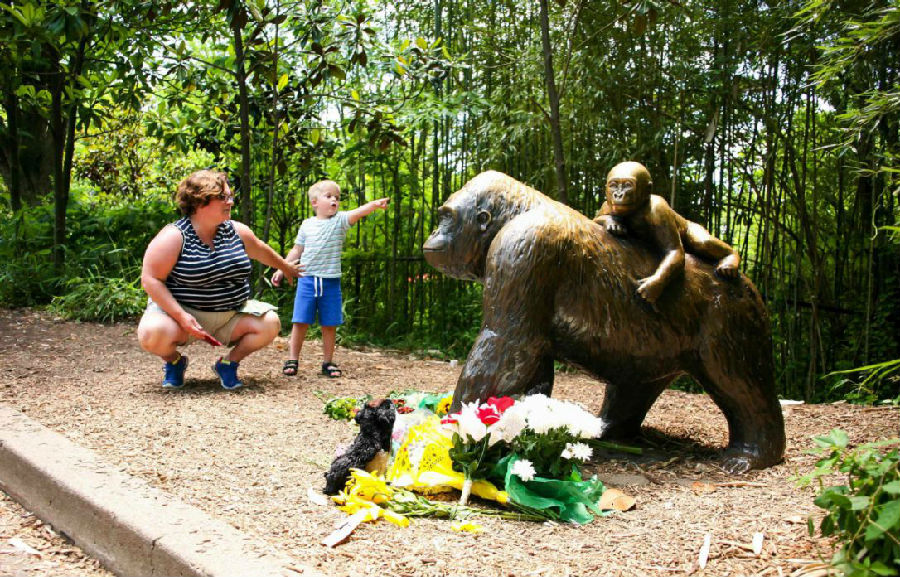 Animal rights groups are very angry that the gorilla was shot and killed. They say zookeepers should have used a tranquilizer gun on the animal to put it to sleep. Zookeepers say it would have taken too long for the 200kg gorilla to be sedated. They say this would have been too dangerous. There is now an online petition that 300,000 people have signed to hold the boy's mother and the zoo accountable for Harambe's death. Many people say the mother should have looked after her son better to stop him from falling into the gorilla's area. The mother said no parent in the world can watch their children every second. She said: "As a society, we are quick to judge how a parent could take their eyes off their child."

例句：The heavy rain stopped us from arriving there on time.
大雨阻止了我们按时到达那里!=!aybGs@*QI。

例句：Public officials can finally be held accountable for their actions.
终于要对政府官员实行问责了x4o@cvRP]i。

例句：The boy fell into water and had to be pulled out at once.
男孩掉入了水中，必须马上拉上来J(^JpyX5hd*k61kb%L,3。

3) For how long did the gorilla drag the boy through the water?
a) a few seconds
b) 10 minutes
c) 10 seconds
d) a minute

4) Where did the noise that upset the gorilla come from?
a) a loud speaker
b) zookeepers
c) other animals
d) crowds of people

5) Who made the decision to shoot Harambe?
a) zookeepers
b) the zoo's CEO
c) a police officer
d) animal rights groups

6) Who said the zookeepers should have used a tranquilizer gun?
a) a gun company CEO
b) the public
c) the police
d) animal rights groups

9) What did many people say the mother should have done better?
a) stop the gorilla from getting shot
b) posted messages on Facebook
c) looked after her son
d) tried to save her son