Hardliners won parliamentary elections in Iran, scooping three-quarters of the seats. The regime claimed a mandate for its confrontational stance towards America. But thousands of moderates and reformers were barred from running and, as a result, turnout was the lowest in a parliamentary election since the Islamic revolution in 1979.

Faure Gnassingbé, the president of Togo, won another term in an election marred by irregularities. Mr Gnassingbé has been in office since 2005, when he took over from his father, who had first seized power in 1967.

A strike by police in Ceará, in north-eastern Brazil, led to a sharp rise in the number of murders in the state. At least 170 people have died since police stopped work on February 19th in a row over pay. A senator, Cid Gomes, was shot as he drove a digger towards striking police. The government has sent in the army.

Protests by police in Haiti against poor working conditions led to battles between them and the army. At least one soldier died. The country's Carnival celebration was cancelled.

Bolivia's Supreme Electoral Tribunal barred Evo Morales, a former president, from running for a seat in the Senate in elections due in May. Mr Morales left office in November after Bolivians protested against his re-election. 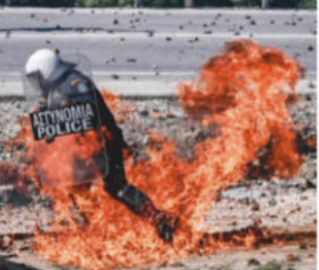 Harvey Weinstein was found guilty of two of the charges brought against him in New York: of rape (by having sex with a woman against her will) and of forcing oral sex on a woman. He was acquitted of three charges, including the most serious. Scores of other women have accused him of sexual misconduct.

The latest Democratic debate produced the usual fireworks. It was the last to be held before the South Carolina primary and Super Tuesday, when Democrats in 14 states will vote on who they want to be their presidential candidate. Bernie Sanders remains the firm favourite following his decisive win in Nevada.

Meanwhile, it was reported that Russia is meddling in the primaries to get Mr Sanders elected, and is also stepping up plans to interfere in the general election to re-elect Donald Trump. So it is a win-win situation for the Kremlin if either Mr Sanders or Mr Trump is victorious in November.

Government forces are running short of ammunition and fuel.

The groups had historic scores to settle with each other.

Judge Ito said that if his wife was called as a witness, he would step down as trial judge...

For almost 11 months, the Bosnian army chalked up one victory after another...