The world this year

By late January cases were widely reported in Germany, Japan, Taiwan and Vietnam. Markets were rattled, fearing disruption to global supply chains that run through China. By late February the World Health Organisation said that most infections were occurring outside China. Italy was the first country to be hit hard. After hospitals were overwhelmed, the country went into lockdown in early March.

The sudden imposition of lockdowns led to panic buying in some places, notably in America and Britain, where supermarket shelves were stripped bare. Shopping moved online. Internet searches rocketed for goods such as toilet paper, fitness equipment and breadmakers. In poorer countries, such as India, the human cost was higher. Left suddenly without work, many migrant labourers tried to return to their family homes; it was the country’s greatest movement of people since partition in 1947. India’s economy shrank by around 25% in April-June. 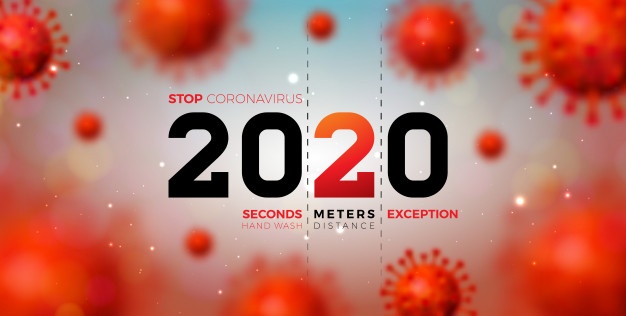 By late March China was recording fewer domestic cases. The lockdown in Wuhan ended in early April. China closed its border to foreigners as the disease spread rapidly in Europe, most menacingly in Britain, France, Italy and Spain.

Don’t stand so close to me

America was hit almost as hard by the coronavirus. Donald Trump didn’t take it seriously at first; he tried to lift federal restrictions in April, promising a return to normality by Easter. Wearing a face mask became a badge of political allegiance. Mr Trump rowed with the who, accusing it of being in China’s pocket, and said that America would leave it in 2021. Brazil was also led by a sceptic. Jair Bolsonaro said the disease was just a case of the “sniffles”.

The extent of the market crash in mid-March (the s&p 500 lost a quarter of its value over three weeks) sparked fears of a depression. The Federal Reserve and other central banks made emergency cuts to interest rates. The Fed also propped up the corporate-bond market, action it had shied away from during the financial crisis a decade earlier.

Oil markets took a hammering. As if the pandemic were not enough of a problem, in March Saudi Arabia instigated a price war with Russia, as their deal over production levels broke down. Prices plunged in the steepest one-day decline since 1991. They eventually recovered somewhat. By the end of the year opec and Russia had struck a tentative agreement to increase supply.

Politicians in many countries pulled out their fiscal bazookas to defend their economies. America’s Congress passed a $2.2trn stimulus bill (the cares act), which directed cash payments to households and topped up unemployment benefits. Some 21m people lost their jobs in April alone; unemployment soared to 14.7%, but it never hit the 20% that some had forecast. Britain guaranteed 80% of wages to workers who had been furloughed, and even subsidised restaurant meals in August.

The government brought itself to the brink of fiscal disaster.

Can you forecast where the economy is heading?

The new tax laws should act as a stimulus to exports.