It really did feel like a small world in parts of Disneyland today. Long lines and big crowds formed after a power outage caused by a transformer issue hit Fantasyland in Mickey's Toontown. This picture was snapped after it's a small world the ride came to a halt. In all the park says about a dozen attractions were affected with employees escorting guests off those rides. No one was hurt. 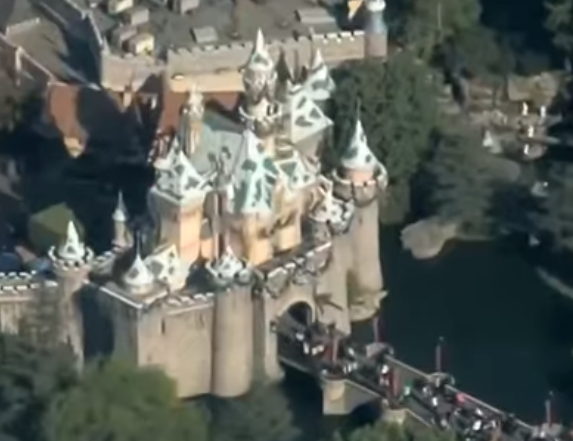 The kids were really bummed out, they are, you know, not crying but they were they're pretty sad about it. With kids out of school for the holidays this was already a busy week at the park. One guest tweeted, how's Disneyland gonna have a power outage the day we paid $124 for peak day tickets? Another wrote eleven hundred bucks down the drain. Tonight some impacted rides are running again. A crowded Park recharged.

1.come to a halt停止
Secretary Paulson says this market has basically come to a halt.
保尔森说到这个市场基本上到了一个停顿点U@akOzz_qzUzo。

A single mistake and all that time and money would go down the drain.
只要发生一个错误，全部的时间和金钱就将尽付东流btbX3*!L(|1。