Tonight students running for cover. SWAT teams responding to a school shooting in a Denver suburb. There is more gunshots coming from the office! Tactical teams on campus within minutes surrounding the middle school at the STEM school campus shortly before 2:00 p.m. this afternoon. There did seem to be some struggle going on when they got there. with someone from the school we don't know if that students or security or officers. At least seven people were injured and rushed to area hospitals unknown if they were all students. The 911 asked me to pick up his shirt and see if there were two holes. There was only one and it was barely bleeding at the time. 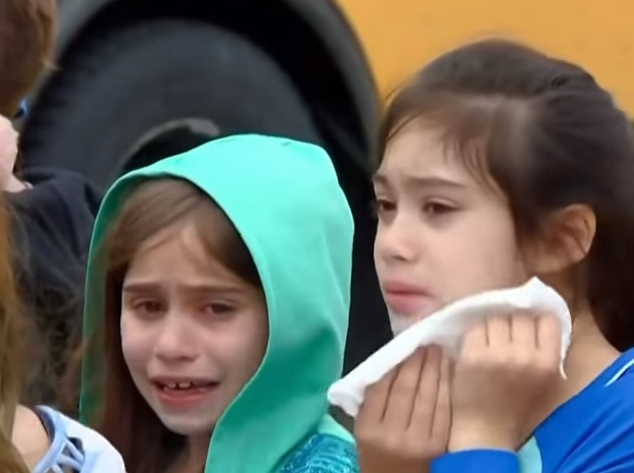 The Sheriff's Department telling parents to meet their kids at a nearby rec center. The campus still an active scene. I'm just a bit like shaky. I'm scared but I'm glad I'm safe. She called me and she was hysterical. And she told me that there had been a shooting um and um and she was really too hysterical to give me any other information and she said that two of her classmates took the shooters down and she was able to escape. Two suspects are now in custody . The lockdown has been lifted but tactical police continue to search room-to-room. It is still an active shooter situation. we still do not know that there is no more shooters in the school. There are 1800 students being evacuated. Nervous parents now waiting for any news about their children. Now Lester we still don't know whether the shooters were students or what kind of weapons were used, but we're expecting an update from authorities any minute now and the number of injured and the suspects.

1.respond to 响应；反应
All of us have our passions and we respond to it in different ways.
我们每个人都有激情，我们只是用不同的方式来做出反应Z+650B@DF-gg。

When you pick up a strawberry one, it may be the last one in the box.
当你拿到一块草莓味巧克力的时候，它也许就是盒子里最后的一块了Oj|QW-4LtpJ8Ep2lDFd。