To feed the world

He was wandering in a ricefield of dreams. The plants were tall as sorghum, taller than a man.

Their panicles hung full as brooms, and each grain was as big as a peanut.

After walking a while he lay down in the leaf-shade with a friend, quite hidden.

A rest was a good idea, because the wonder-plants went on and on. In fact, they covered the world. 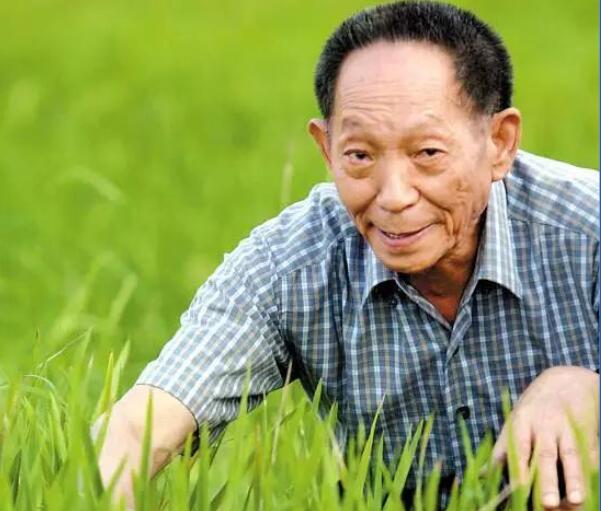 Then Yuan Longping woke up, laughing.

The rice plants he had tended for decades at Anjiang and then Changsha in Hunan province, sowing and nurturing them, visiting daily on his motorbike to inspect them, were not quite there yet.

But they still deserved their name of super rice.

The leaves were straighter and taller than ordinary, and the grains plumper.

They had all the vigour of the wild strain that he and his team had found,

after much searching, beside a railway line in Hainan in 1970 and had cross-bred, over careful years, with the domesticated variety.

Sceptics told him he was wasting his time, since rice was a self-pollinator.

He believed that cross-breeding was universal and, besides, that it always made the offspring stronger.

The figures spoke for themselves. With his new hybrid rice the annual yield was 20-30% higher.

This meant that at least 60m more people could be fed every year. In Yunnan province more than 17,000 kilograms had been produced per hectare.

I woke up to the sound of larks chirruping.

She hopes to inspire the Jamaicans to lay down their weapons.

He is not only the success of hybrid rice, invented new varieties.