Welcome to THE MAKING OF A NATION – American history in VOA Special English. I'm Steve Ember. Imagine a time machine. You've just climbed into it for the purpose of visiting the United States – in the nineteen-fifties. What would you expect to find? In the nineteen fifties, America was a nation whose population was growing as never before. It was a nation where the popular culture of television was both reflecting and influencing its lifestyle. But it was also a nation that believed it was on the edge of nuclear war.

Americans were happy to put World War Two behind them. The war ended in nineteen forty-five. People were hopeful. They thought the world would be peaceful for a while. By nineteen fifty, however, political tensions were high again. The United States and the Soviet Union were allies in World War Two. But, after the war, they became enemies in what came to be known as the Cold War. Communists took control of one eastern European nation after another. The Soviet Union led by Josef Stalin strengthened its armed forces. However, the United States thought America alone possessed the most powerful weapon of all -- the atomic bomb. But in nineteen forty-nine, a United States Air Force plane discovered strange conditions in the atmosphere. What was causing them? The answer came quickly: the Soviet Union had tested its own atomic bomb.

The nuclear race was on. The two nations competed to build weapons of mass destruction. A "doomsday clock" on the cover of the Bulletin of the Atomic Scientists warned of a growing danger of nuclear destruction. Members of that group were afraid of what science had produced, and even more afraid of what it could produce. By nineteen forty-nine, the time on the doomsday clock was three minutes to midnight. In nineteen fifty, North Korea invaded South Korea. The Korean War increased efforts in the United States to develop a weapon even more deadly than the atomic bomb. That weapon was the hydrogen bomb. The Soviets were also working to develop their own hydrogen bomb. Some Americans built bomb shelters in their backyards, hoping to have a safe place for their families in case of a nuclear attack. Other Americans, however, were tired of being afraid. After years of sacrifice, they wanted to enjoy the good life in a growing economy. Nineteen fifty-two was a presidential election year. Americans elected Dwight Eisenhower, a military hero of World War Two. The years after the war produced the Baby Boom generation. In nineteen fifty there were twenty-four million young children in America. By nineteen sixty that number was thirty-five million. 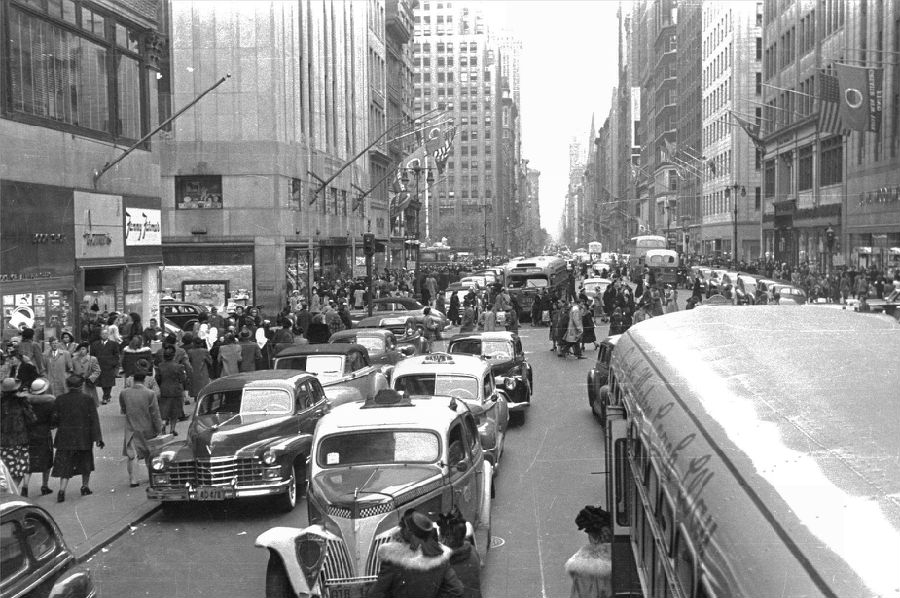 More families meant the need for more houses. And bigger families needed bigger houses. In nineteen fifty alone, almost one and a half million new homes were built in America. Most of these new houses were located in suburbs, the areas outside cities. People moved to the suburbs because they thought the schools there were better than city schools. They also liked having more space for their children to play in. More space meant children had room to lay out electric train sets. In a lot of American homes, playing with electric trains was an activity that brought the whole family together. Television ads for Lionel trains even featured baseball great Joe DiMaggio. "Lionel Trains proudly present The Joe DiMaggio Show, starring the Yankee Clipper, Joe DiMaggio himself." The late nineteen fifties brought the Barbie doll and a big circular tube of colorful plastic called the Hula Hoop. People had to learn to move their hips in a circular motion, like a hula dancer in Hawaii, to spin it around their body. Hula Hoops became hugely popular in America.

Also popular was the poodle cut -- not for dogs, but for women who wanted to look stylish. They fixed their hair into lots of small curls, like the hair on a poodle. Actress Mary Martin had made the poodle cut famous in the musical "South Pacific." That play opened on Broadway in New York in nineteen forty-nine and ran into the early nineteen-fifties. In Hollywood, one of the biggest movie stars of the nineteen fifties was Marilyn Monroe. She starred in films like "Gentleman Prefer Blondes" in nineteen fifty-three. Her platinum-blonde hair style also became popular among American women. "I woke up this morning, you know, and the sun was shining. And it was nice, and all that type of stuff. And the first thing, I saw you, and I said, now, boy this is gonna be one terrific day..."

For a while, she lost the use of her limbs.

She's even more intelligent than her sister.

There are lots of people there who can actually help you.

Why did a foreign festival become popular in China?