Post war prosperity also led Americans to replace outdated home appliances, buy a new refrigerator, or a television set. "Come closer, sweetheart. Say, I don't think that's fair, because we can't get closer." "Oh, but you could, if you had one of the new Westinghouse television sets with the exclusive Electronic Magnifier that gives you a big close-up image whenever you want it. All you do is turn the Electronic Magnifier knob, and there -- you get the heart of the picture. And see? I'm close enough to say, ‘Hello, good looking!'" Actress Betty Furness was commercial spokeswoman for Westinghouse.

"And every Sunday night, General Electric brings you the finest motion picture stars on TV -- the great names in comedy ... mystery ... romance. Every week, a star, all summer long, on the General Electric Theater." Over at competitor General Electric, actor Ronald Reagan -- later the fortieth president of the United States -- and often referred to as the Great Communicator, was for many years an effective television commercial spokesman every week on the GE Theater. Parents also tried to improve their children's education. In nineteen sixty, parents bought almost three times as many educational books as they did ten years before. Parents also bought millions of dollars' worth of pianos, violins and other musical instruments for their children. It was true that the average number of children per family was increasing. But the total population of the United States did not increase as much during this period as one might have expected. 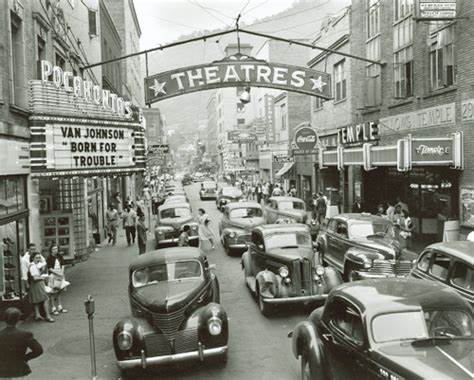 Remember we said the United States population gets counted every ten years? One reason is because populations are used to decide how many members each state will have in the House of Representatives. Population changes can mean changes in the political influence of individual states in Congress. Another population change after World War Two was in life expectancy. An American born in the early nineteen hundreds could only expect to live about forty-seven years. By the nineteen fifties, however, most Americans could expect to live well past their sixtieth birthday. Life expectancy continued to increase with improvements in living conditions and medical care. The United States was a changing country, a nation on the move after World War Two. Next week on our program, we look at political events that shaped the post-war period.

Our economy is referred to as a free market.

In fact, things could get worse in the short run.

We expect to see further improvement over the coming year.

The doctor says she should continue to improve.