At the same time, in nineteen forty-four, the Soviets were attacking Germany from the east. Earlier, Soviet forces had succeeded in breaking German attacks at Stalingrad, Moscow and Leningrad. Soviet forces recaptured Russian cities and farms one by one. They entered Finland, Poland, and Romania. By the end of July, Soviet soldiers were just fifteen kilometers from the Polish capital, Warsaw. What happened next was one of the most terrible events of the war. Moscow radio called on the people of Poland to rise up against the German occupation forces. Nearly forty thousand men in the Polish underground army listened to the call. And they attacked the Germans. The citizens of Warsaw probably could have defeated the German occupation forces if the Soviet army had helped them.

But Soviet leader Josef Stalin betrayed the Poles. He knew that many members of the Polish underground forces opposed Communism as much as they opposed the Germans. He feared they would block his efforts to establish a new Polish government that was friendly to Moscow. For this reason, Stalin held his forces outside Warsaw. He waited while the Germans and Poles killed each other in great numbers. The Germans finally forced the citizens of Warsaw to surrender. The real winner of the battle, however, was the Soviet Union. Both the Germans and the Poles suffered heavy losses during the fighting. The Soviet Army had little trouble taking over the city with the help of Polish Communists. And after the war, the free Polish forces were too weak to oppose a Communist government loyal to Moscow. Adolf Hitler was in serious trouble. Allied forces were attacking from the west. Soviet troops were passing through Poland and moving in from the east. And at home, several German military officials tried to assassinate him. The German leader narrowly escaped death when a bomb exploded in a meeting room.

But Hitler refused to surrender. Instead, he planned a surprise attack in December nineteen-forty-four. He ordered his forces to move quietly through the Ardennes Forest and attack the center of the Allied line. He hoped to break through the line, separate the Allied forces, and regain control of the war. The Germans attacked American troops tired from recent fighting in another battle. It was winter. The weather was so bad that Allied planes could not drop bombs on the German forces. The Germans quickly broke through the American line. But the German success did not last long. Allied forces from nearby areas raced to the battle front to help. And good weather allowed Allied planes to begin attacking the Germans. The battle ended by the middle of the following month in a great defeat for Hitler and the Germans. The German army lost more than one hundred thousand men and great amounts of supplies. 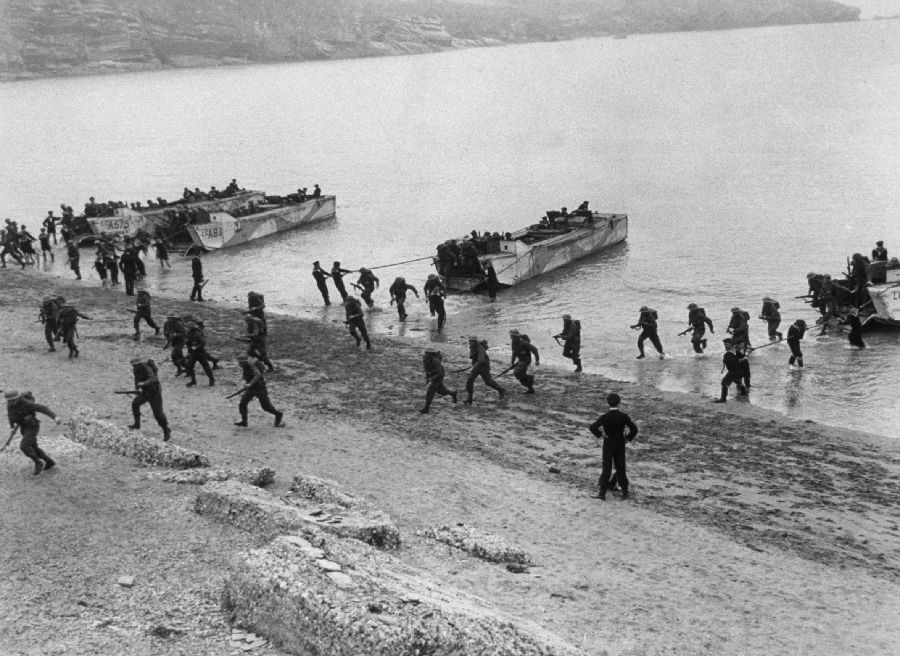 The end of the war in Europe was now in sight. By late February, nineteen forty-five, the Germans were forced to retreat across the Rhine River. American forces led by General George Patton drove deep into the German heartland. To the east, Soviet forces also were marching into Germany. It did not take long for the American and Soviet forces to meet in victory. The war in Europe was ending. Adolf Hitler waited until Russian troops were destroying Berlin. Bombs and shells were falling everywhere. In his underground bunker, Hitler took his own life by shooting himself in the head. Several of his closest aides also chose to die in the "Fuehrerbunker." One week later, the German army surrendered to Eisenhower and the Allies. "Yesterday morning at two forty-one a.m. at General Eisenhower's headquarters, General Jodl, the representative of the German High Command and of Grand Admiral Doenitz, the designated head of the German state, signed the act of unconditional surrender of all German land, sea and air forces in Europe to the Allied Expeditionary Forces, and simultaneously to the Soviet High Command."

British Prime Minister Winston Churchill. "Hostilities will end officially at one minute after midnight tonight, Tuesday, the eighth of May. We may allow ourselves a brief period of rejoicing. Today is Victory in Europe Day. Long live the cause of freedom." The defeat of Germany was cause for great celebration in Britain, the United States and other Allied nations. But two facts made the celebrations less joyful than they might have been. One was the discovery by Allied troops of the German death camps. Only at the end of the war did most of the world learn that the Nazis had murdered millions of innocent Jews and other people. The second fact was that the Pacific War had not ended. Japanese and American forces were still fighting bitterly. The war in the Pacific will be our story next week.

If you're going to succeed in this job, you will need allies.

Mass text messages were used to urge residents within the capital to rise up.

She decided that I was the ideal person to take over the job.

Commuters were heading homeward at the end of the day.