The little prince was still not satisfied.

I could put it around my neck and takeit away with me.

If I owned a flower, I could pluck that flower and take it away with me.

But you cannot pluck the stars from heaven.

No. But I can put them in the bank.

Whatever does that mean?

That means that I write the number of my stars on a little paper.

And then I put this paper in a drawer and lock it with a key.

And that is all?

"That is enough," said the businessman. 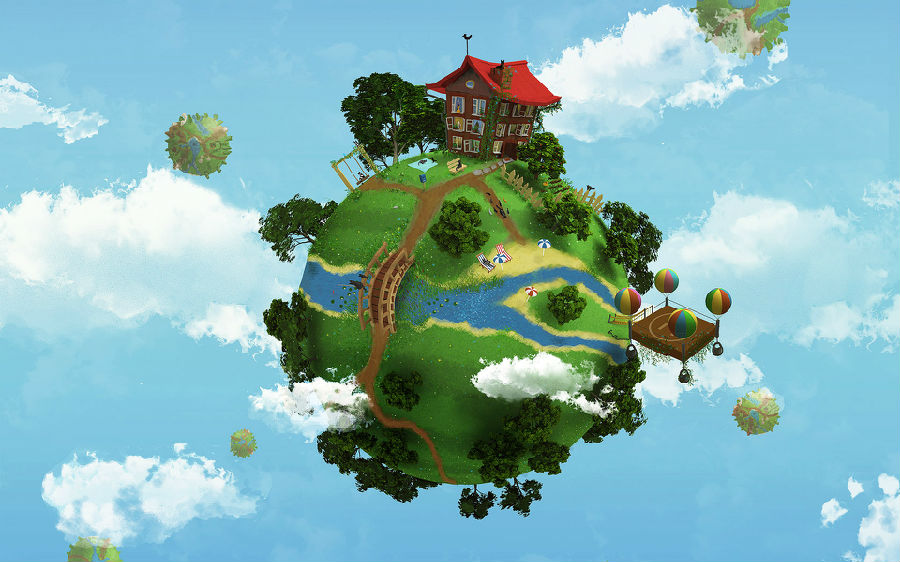 "It is entertaining," thought the little prince. "It is rather poetic. But it is of no great consequence."

On matters of consequence, the little prince had ideas which were very different from those of the grown-ups.

I myself own a flower, he continued his conversation with the businessman, which I water every day.

I own three volcanoes, which I clean out every week (for I also clean out the one that is extinct; one never knows.

But you are of no use to the stars...

The businessman opened his mouth, but he found nothing to say in answer.

And the little prince went away.

"The grown-ups are certainly altogether extraordinary," he said simply, talking to himself as he continued on his journey.