The fourth planet belonged to a businessman.

This man was so much occupiedthat he did not even raise his head at the little prince's arrival.

"Good morning," the little prince said to him. "Your cigarette has gone out."

I haven't time to light it again.

Eh? Are you still there? 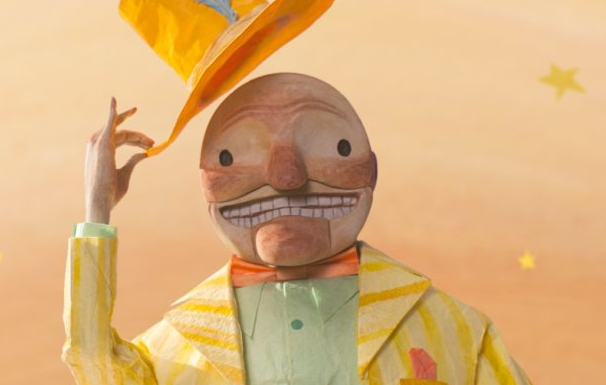 Five-hundred-and-one million, I can't stop, I have so much to do!

I am concerned with matters of consequence.

I don't amusemyself with balderdash. Two and Five make seven...

who neverin his life had let go of a question once he had asked it.

The businessman raised his head.

During the Fifty-four years that I have inhabited this planet, I have been disturbed only three times.

The First time was twenty-two years ago, when some giddy goose fell from goodness knows where.

He made the most frightful noise that resounded all over the place,

and I made four mistakes in my addition.

The second time, eleven years ago, I was disturbed by an attack of rheumatism.

I don't get enough exercise.

I have no time for loafing.

The third time– well, this is it!

I was saying, then, Five-hundred-and-one millions...