He began, therefore, by visiting them, in order to add to his knowledge.

The first of them was inhabited by a king.

Clad in royal purple and ermine,he was seated upon a throne which was at the same time both simple and majestic.

"Ah! Here is a subject," exclaimed the king, when he saw the little prince coming.

And the little prince asked himself: "How could he recognize me when he had never seen me before?"

He did not know how the world is simplified for kings. To them, all men are subjects.

"Approach, so that I may see you better," said the king, who felt consumingly proud of being at last a king over somebody.

The little prince looked everywhere to find a place to sit down; 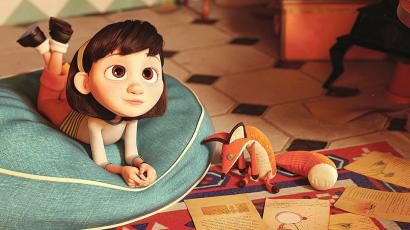 but the entire planet was crammed and obstructed by the king's magnificent ermine robe.

So he remained standing upright, and, since he was tired, he yawned.

"It is contrary to etiquette to yawn in the presence of a king," the monarch said to him. "I forbid you to do so."

"I can't help it. I can't stop myself," replied the little prince, thoroughly embarrassed.

I have come on a long journey, and I have had no sleep...

It is years since I have seen anyone yawning.

Yawns, to me, are objects of curiosity.

Come, now! Yawn again! It is an order.