When you tell them that you have made a new friend, they never ask you any questions about essential matters.

They never say to you, "What does his voice sound like?"

What games does he love best? Does he collect butterflies?

Instead, they demand: "How old is he? How many brothers has he?"

How much does he weigh? How much money does his father make?

Only from these figures do they think they have learned anything about him.

If you were to say to the grown-ups: "I saw a beautiful house made of rosy brick, with geraniums in the windows and doves on the roof,"

they would not be able to get any idea of that house at all.

Then they would exclaim: "Oh, what a pretty house that is!"

Just so, you might say to them: "The proof that the little prince existed is that he was charming." 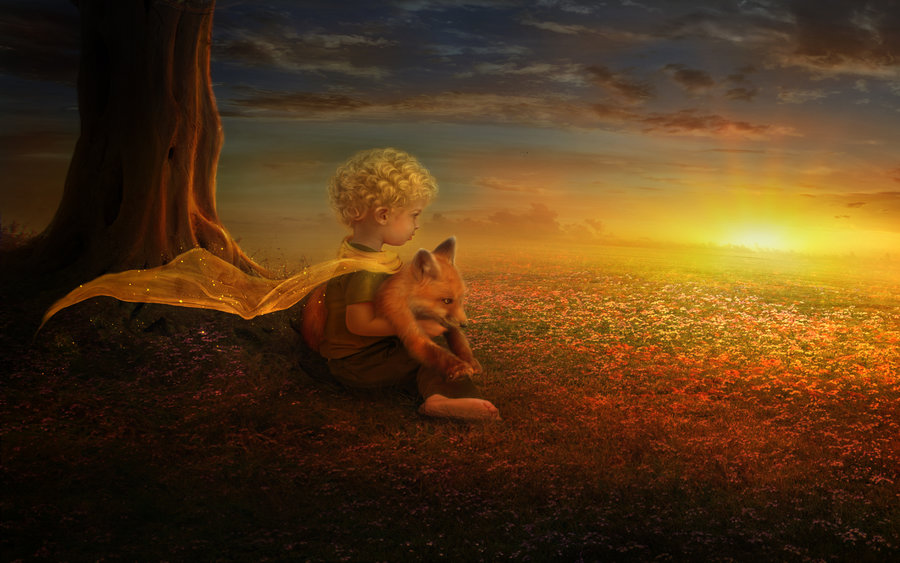 that he laughed, and that he was looking for a sheep.

If anybody wants a sheep, that is a proof that he exists.

And what good would it do to tell them that?

They would shrug their shoulders, and treat you like a child.

then they would be convinced, and leave you in peace from their questions.

One must not hold it against them.

But certainly, for us who understand life, figures are a matter of indifference.

I should have liked to begin this story in the fashion of the fairy-tales.

I should have like to say: "Once upon a time there was a little prince who lived on a planet that was scarcely any bigger than himself, and who had need of a sheep..."

To those who understand life, that would have given a much greater air of truth to my story.

For I do not want any one to read my book carelessly.

I have suffered too much grief in setting down these memories.