On the fifth day again, as always, it was thanks to the sheep–the secret of the little prince's life was revealed to me.

Abruptly, without anything to lead up to it, and as if the question had been born of long and silent meditation on his problem, he demanded:

A sheep–if it eats little bushes, does it eat flowers, too?

"A sheep," I answered, "eats anything it finds in its reach."

Even flowers that have thorns?

Yes, even flowers that have thorns.

Then the thorns–what use are they?

I did not know. 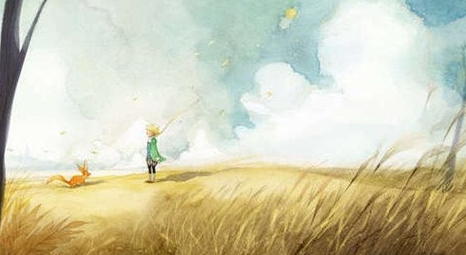 At that moment, I was very busy trying to unscrew a bolt that had got stuck in my engine.

I was very much worried, for it was becoming clear to me that the breakdown of my plane was extremely serious.

And I had so little drinking-water left that I had to fear for the worst.

The thorns–what use are they?

The little prince never let go of a question, once he had asked it.

As for me, I was upset over that bolt.

And I answered with the first thing that came into my head: "The thorns are of no use at all. Flowers have thorns just for spite!"

There was a moment of complete silence.

Then the little prince flashed back at me, with a kind of resentfulness: "I don't believe you!"

Flowers are weak creatures. They are naive. They reassure themselves as best they can.

They believe that their thorns are terrible weapons.

I did not answer.

At that instant I was saying to myself: "If this bolt still won't turn, I am going to knock it out with the hammer."

And you actually believe that the flowers,

I answered you with the first thing that came into my head.

Don't you see–I am very busy with matters of consequence!