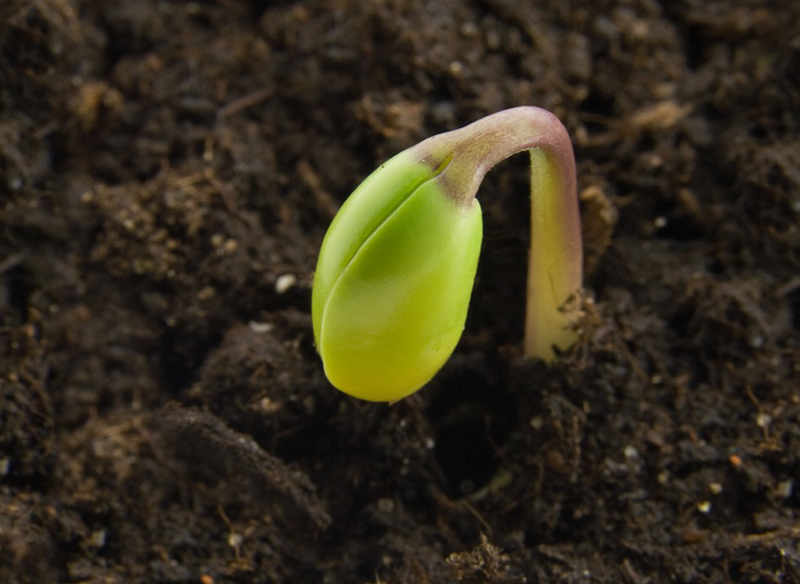 Indeed, as I learned, there were on the planet where the little prince lived–as on all planets–good plants and bad plants.

But seeds are invisible.

They sleep deep in the heart of the earth's darkness, until some one among them is seized with the desire to awaken.

Then this little seed will stretch itself and begin– timidly at first–to push a charming little sprig inoffensively upward toward the sun.

If it is only a sprout of radish or the sprig of a rose-bush, one would let it grow wherever it might wish.

But when it is a bad plant, one must destroy it as soon as possible, the very first instant that one recognizes it.

Now there were some terrible seeds on the planet that was the home of the little prince;

and these were the seeds of the baobab.

The soil of that planet was infested with them.

A baobab is something you will never, never be able to get rid of if you attend to it too late. It spreads over the entire planet.

It bores clear through it with its roots.

And if the planet is too small, and the baobabs are too many, they split it in pieces.

"It is a question of discipline," the little prince said to me later on.

"When you've finished your own toilet in the morning, then it is time to attend to the toilet of your planet, just so, with the greatest care.

You must see to it that you pull up regularly all the baobabs,

at the very first moment when they can be distinguished from the rosebushes which they resemble so closely in their earliest youth.

"It is very tedious work", the little prince added, "but very easy."