"Do not go," said the king, who was very proud of having a subject. "Do not go. I will make you a Minister!"

But there is nobody here to judge!

"We do not know that," the king said to him. "I have not yet made a complete tour of my kingdom."

I am very old. There is no room here for a carriage.

And it tires me to walk.

"Oh, but I have looked already!" said the little prince, turning around to give one more glance to the other side of the planet.

On that side, as on this, there was nobody at all...

"Then you shall judge yourself," the king answered. "that is the most dificult thing of all.

It is much more difficult to judge oneself than to judge others.

If you succeed in judging yourself rightly, then you are indeed a man of true wisdom.

"Yes," said the little prince, but I can judge myself anywhere.

I do not need to live on this planet. 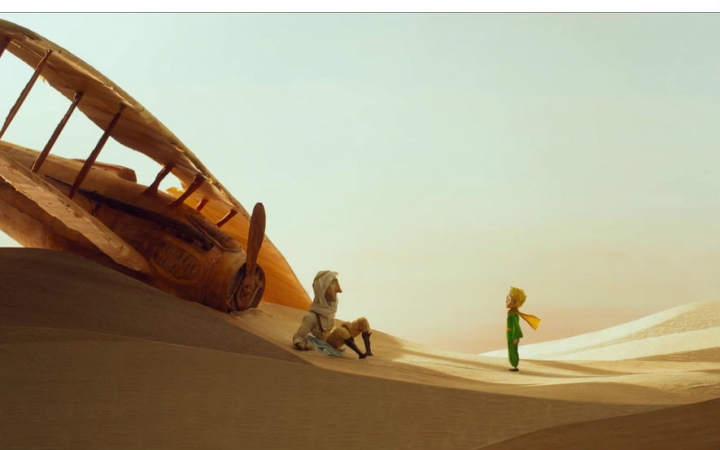 "Hum! Hum!" said the king. "I have good reason to believe that somewhere on my planet there is an old rat."

I hear him at night.

You can judge this old rat. From time to time you will condemn him to death.

Thus his life will depend on your justice.

But you will pardon him on each occasion; for he must be treated thriftily.

He is the only one we have.

"I," replied the little prince, "do not like to condemn anyone to death. And now I think I will go on my way."

But the little prince, having now completed his preparations for departure, had no wish to grieve the old monarch.

"If Your Majesty wishes to be promptly obeyed," he said, "he should be able to give me a reasonable order.

He should be able, for example, to order me to be gone by the end of one minute.

It seems to me that conditions are favorable...

As the king made no answer, the little prince hesitated a moment.

Then, with a sigh, he took his leave.

"I made you my Ambassador," the king called out, hastily.

He had a magnificent air of authority.

"The grown-ups are very strange," the little prince said to himself, as he continued on his journey.