Grown-ups never understand anything by themselves, and it is tiresome for children to be always and forever explaining things to them.

So then I chose another profession, and learned to pilot airplanes.

I have flown a little over all parts of the world; and it is true that geography has been very useful to me.

At a glance I can distinguish China from Arizona.

If one gets lost in the night, such knowledge is valuable.

In the course of this life I have had a great many encounters with a great many people who have been concerned with matters of consequence.

I have lived a great deal among grown-ups. 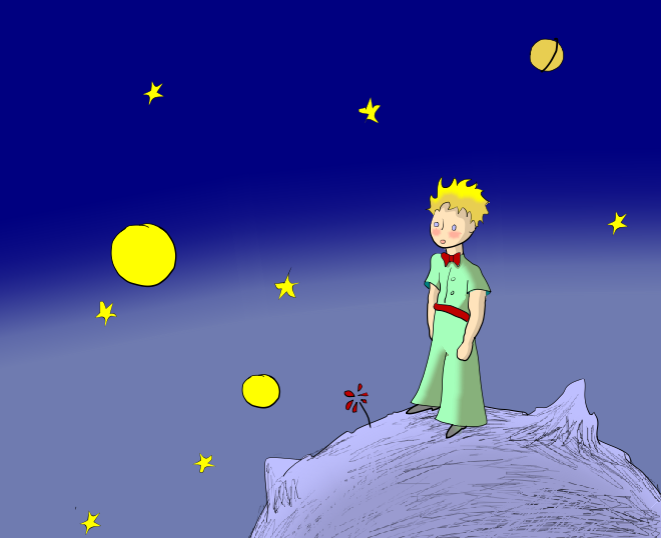 I have seen them intimately, close at hand.And that hasn’t much improved my opinion of them.

Whenever I met one of them who seemed to me at all clear-sighted,

I tried the experiment of showing him my Drawing Number One, which I have always kept.

I would try to find out, so, if this was a person of true understanding.

Then I would never talk to that person about boa constrictors, or primeval forests, or stars.

I would bring myself down to his level. I would talk to him about bridge,and golf, and politics, and neckties.

And the grown-up would be greatly pleased to have met such a sensible man.