As each day passed I would learn, in our talk, something about the little prince's planet, his departure from it, his journey.

The information would come very slowly, as it might chance to fall from his thoughts.

It was in this way that I heard, on the third day, about the catastrophe of the baobabs.

This time, once more, I had the sheep to thank for it.

For the little prince asked me abruptly–as if seized by a grave doubt–"It is true, isn't it, that sheep eat little bushes?"

Yes, that is true.

I did not understand why it was so important that sheep should eat little bushes.

But the little prince added: "Then it follows that they also eat baobabs?"

I pointed out to the little prince that baobabs were not little bushes, 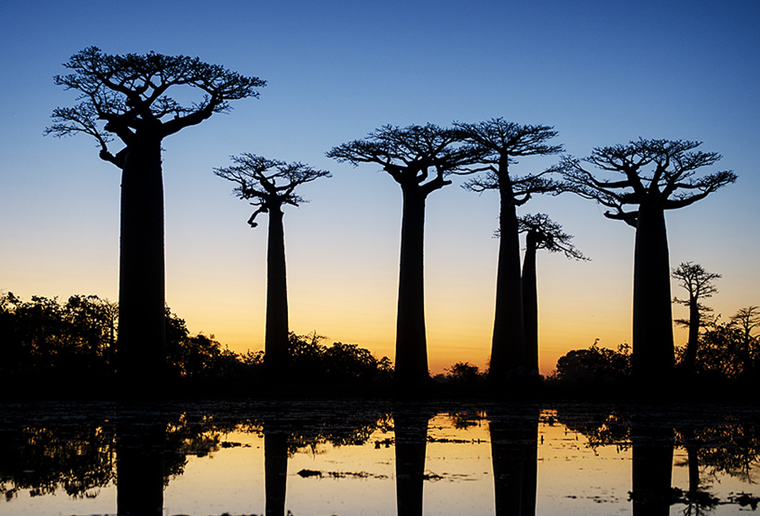 but, on the contrary, trees as big as castles;

and that even if he took a whole herd of elephants away with him, the herd would not eat up one single baobab.

The idea of the herd of elephants made the little prince laugh.

"We would have to put them one on top of the other," he said.

But he made a wise comment: "Before they grow so big, the baobabs start out by being little."

"That is strictly correct," I said. "But why do you want the sheep to eat the little baobabs?"

He answered me at once, "Oh, come, come!", as if he were speaking of something that was self-evident.

And I was obliged to make a great mental effort to solve this problem, without any assistance.