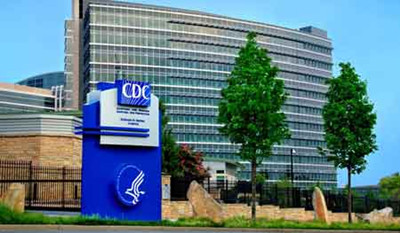 The horrific face-eating arrest in Miami and several other seemingly subhuman acts has many people wondering what's behind this flesh-munching wave of terror.

Over the years the Centers for Disease Control and Prevention has released a couple of tongue-in-cheek "zombie warnings," which really are just disaster-preparedness stunts. But on Thursday, the agency made it official: Zombies don't exist.

"CDC does not know of a virus or condition that would reanimate the dead (or one that would present zombie-like symptoms)," wrote agency spokesman David Daigle in an email to The Huffington Post.

Nevertheless, recent incidents in which humans reportedly ate human flesh have the Internet in a firestorm, with "zombie apocalypse" being Google's third most popular search term by Friday morning.

The zombie craze seemed to start with an attack in Miami on Saturday, when Rudy Eugene, 31, was killed by cops while in the process of eating almost the entirety of a homeless man's face off. The victim, Ronald Poppo, miraculously survived, but doctors are having a hard time figuring out how to put his face back together.

Then, on Tuesday, 21-year-old Alexander Kinyua of Maryland allegedly admitted to dismembering his roommate and then eating his heart and brain.

Gawker fingered a "mysterious rash" breakout at a high school in Hollywood and other parts of Florida — which hazmat and disease control teams still can't explain — as further proof that zombies are taking over.

Zombie-like characteristics have been confirmed in the animal kingdom, just not in humans. A newfound fungus in a Brazilian rain forest — called Ophiocordyceps camponoti-balzani — is known to infect an ant, take over its brain so as to move the body to a good location for growth, and then kill the insect.

Yet Daigle dismissed "fictional viruses" like Ataxic Neurodegenrative Satiety Deficiency Syndrome, noting that other triggers have been alleged to cause zombie-like symptoms.

"Films have included radiation as well as mutations of existing conditions such as prions, mad-cow disease, measles, and rabies," he said.