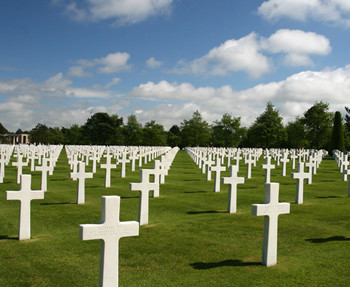 He stood out splendidly above all my uncles because he did not stand out at all. That was his distinction. He was the averagest man I ever knew.

You would never pick him out in a crowd. He became just another man the minute he was in one. So many more pounds of man. Good solid pounds,but just pounds. You would never remember his hair or his chin, or the shape of his ears. If he said something, you would agree with it, and, an hour later, you would be sure you had said it yourself.

Sometimes I think men like that get along about the best . They are the easiest on their houses, their wives, and their children. They are easiest on the world. They slide along without having to do anything about it as small boys do on their breeches after they have slid on them enough to wear them down smooth. The world is all so much pine needles under them.

Uncle Amos was easy on his wives and children. He had three of them, in all. Wives, I mean. I never did get the count of his children straight, there were too many assortments of them. Three wives. It seemed surprising to me at the time. With all the trouble I had, myself, having to stand on my head and work my legs, or bung stones at cherrybirds, to keep the attention of just one girl for a month. I often wondered how Uncle Amos, who never stood on his head or whittled out even a butterpat, could attract so many women as he did. Wlth hair a little thin on his head, and legs that could not possibly do more than three and a half miles an hour on the road, there he was with three families behind him. Of course, he had the families spaced. The wives of Uncle Amos did not come all at once. They were drawn out . One batch of children grew pretty well up by the time the next batch hove insight, waddling and falling on thek faces-to save their hands-as waddling children do.

I knew my Bible, especially the marital parts, in which I took deep interest. I had read the Bible through many times under the eye of one particular aunt. I knew a lot about matrimony from that. But Uncle Amos had me puzzled. He had broken no commandments. All his marriages were open and aboveboard. He wasn't like the patriarchs who didn't always wait for one wife to go before another came. Yet Uncle Amos's status and his children's status were rather complicated.

The women must have been drawn to him because he was so muchlike whatan average fair husband would seem to a woman to be.

This man made no flourishes to attract anybody. He never drove a fast horse. He never wore trousers with checks any larger than an inch square-which,for the time, was conservative. His house never got afire and burned downjust after the fire insurance had run out. Not one of his boys and girls got drowned or run over by the steamcars. The few that died growing died of diphtheria or scarlet fever, which were what children died of then, the usual ways.

Uncle Amos never had a fight.

Uncle Amos never lost a pocket-book. At least not one with much money in it.

Uncle Amos never went even as far as Boston.

But there he was, never making much money, but with all the comforts of home around him, eating his stewed eels, sitting in his galluses out in the orchard in the cool of the evening, with a plump baby to climb up in his lap,whenever he felt like having a baby on his lap and had his old trousers on and didn't care much what happened to him. There he was, shingling his house only when it got to leaking so it put the kitchen fire out. Drinking a little ale now and then, when he came by it easy. No big hayfields to worryabout. No wife that craved more than one new dress a year, and that one she generally ran up herself on her sewing machine. One best pair of trousers to his name, which the moths got into, but not so deep but what they could be healed up with a needle. Not many books to excite him and keep him awake nights, or put ideas into his head and make him uneasy. No itch ever spreading out upon him to go out and take the world by its horns .There he was, in clover!

Amos was a Republican. But then, most everybody around was. It was an average condition. Uncle Amos didn't have much to do except carry a torchlight when the Republican Presidents got elected, as they did regularly. And if Uncle Amos got grease on him, it never was very much grease, and his current wife took it out of him with her hot iron. Politics passed him by.Great events passed him by. And big taxes.

But we nephews did not pass him by. We were strangely drawn to him. Especially when some of our specialist uncles wore us down with their crankiness and difference. I spent some of the quietest Sundays of my life in Uncle Amos's yard, lying under apple trees and listening to bees and not listeningto Uncle Amos who was bumbling away at something he did not expect me to listen to at all.And caterpillars came suddenly down on fine wires shining like gold, and hit Uncle Amos on his bald spot, and he brushed them off and went on bumbling. The heat was a burden, and the apple blossoms fell to pieces and drifted down on me, and I could see the roof of the world over the black twigs they came from. These were my solidest hours of pure being. I did not have to do anything to live up to this quiet, friendly man. He did not expect me to stand on my head and show off, or go after his pipe, or keep the flies from lighting on his bald spot. And he always had lemon drops somewhere deep in his roomy pockets? fore or aft, and he liked to give them to me.

The only trouble Uncle Amos had in his life was after he had got through with it. When they came to bury him, they could not fix it so he could lie next to all his three women. He had liked them all equally well. But there was not enough of Uncle Amos to go round. So they put him on the end of the row.

Uncle Amos did not mind, I am sure. I am sure he sleeps average well.