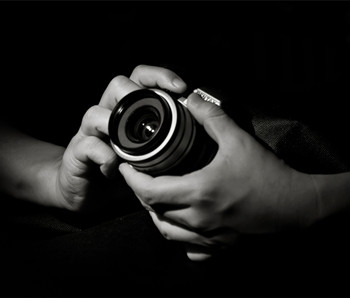 A Tale of Two Smut Merchants

In simpler times, there lived a self-employed photographer in Chicago who worked weddings, anniversaries, graduations and other family events. He also padded his income with goods he didn’t advertise in the neighborhood paper. He sold nude photos—the kind we used to call dirty pictures.

His model was usually his wife, an empty-faced woman who tended their second-floor flat and two small kids and did what her husband told her to do. Other than having a big chest, there wasn’t much to recommend her as a model, except that she was willing to pose in embarrassingly revealing positions.

The photographer’s neighbors didn’t know about his dirty-picture business because he sold them outside the neighborhood. But then he made the mistake of asking a teenage girl from the next block if she would be interested in making some money as a model.

When he told her exactly what he had in mind, she told her mother. The mother told the father, who owned a corner tavern. And the father and his large son, carrying baseball bats, went to the photog’s home and banged on the door. Not being a dummy, he wouldn’t open the door. So the father yelled that if he ever came near the girl again, they’d kill him.

A few weeks later the tavern keeper was at the local grammar school, attending the graduation of one of his other children. During the ceremony, he glanced around and saw the photographer with a camera in his hand. “What’s that creep doing here?” he shouted.

It turned out that the creep was the official photographer of the graduation. “He ain’t taking my kid’s picture,” said the tavern keeper. He got up and bashed the creep in the jaw, and the photographer fled.

The tavern keeper then explained to parents and teachers that he had driven a degenerate from their midst, so someone else was called to take the class picture. Within two days, the photog had moved from the neighborhood and was never again seen.

I thought of that incident while watching Bob Guccione, owner of Penthouse magazine, being interviewed some time ago on a network news show, and it occurred to me what remarkable changes have occurred in only a few decades.

The neighborhood pornographer was punched around and had to move away in disgrace. Guccione, a multimillionaire, wears gold chains, travels the world in jets and is invited to the best parties in New York City.

If the photog tried to explain why he did what he did, nobody would have cared. They would have just punched him some more. But Guccione speaks with great seriousness about the journalistic necessity of publishing nude photos of a well-known woman. And there are people who take him seriously.

Actually, there’s little difference between that neighborhood pornographer and Guccione, the magazine publisher, other than financial success. The only significant one is that the photog was born before his time.

Maybe, I prefer to think that it was the tavern keeper, unfortunately, who was born before his time.