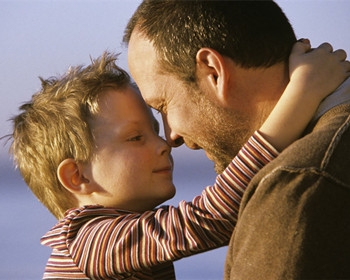 A Boy and His Father Become Partners

I like all kinds of chocolate. Best of all, though，I like bitter baking chocolate. Mother had bought a bar of it， and somehow I couldn’t stop thinking about it.

I was helping father on the winnower. It was right then I got the idea.I could whack a chunk off the end of that bar of chocolate. Mother would be sure miss it， but before she had any idea who had done it， I could confess I’d taken it. Probably I would not even get a spanking.

I waited until mother was out feeding the chickens. Then I told father I thought I’d go in for a drink of water.I got the bar down?but I heard mother coming just when I had the knife ready to whack. So I slipped the chocolate into the front of my shirt and left quickly. Before I went back to help father, I went to the barn and hid the chocolate there.

I told myself that I hadn’t really stolen the whole bar of chocolate， because I meant to take only a little piece.If I put back the whole bar，I wouldn’t have done anything wrong at all.

I nearly decided to put it all back. But just thinking so much about chocolate made my tongue almost taste the smooth bitterness of it. I got thinking that if I slice about half an inch off the end with a sharp knife?mother might never notice it.

I was nearly out to where the cows were when I remembered what father had said once—some of the family money was mine because I had helped to earn it. Why wouldn’t it be all right to figure the bar of chocolate had been bought with my own money？That seemed to fix everything.

That night I couldn’t sleep. At last I got up，slipped out into the yard， and took the ax from the chopping block. Then I went into the barn and got the chocolate. I took it outside and laid it on the lower rail of the corral fence. The moon gave enough light for me to see what I was doing.

I couldn’t think of a thing to say. I grabbed up the bar of chocolate and hid it next to my chest before I turned around. Father picked me up by the shoulder straps of my overalls and took me over to the woodpile. I didn’t know anybody could spank as hard as he did！

Then he stood me on my feet and asked if I thought I had deserved it. He said it wasn’t so much that I’d taken the chocolate， but that I’d tried to hide it from him.

“Son，”he said，“I know you help to earn the family money. We might say the chocolate was yours in the first place.You could have had it if you’d asked for it， but I won’t have you being sneaky about things. Now，do you want to keep your money separate from mine-or are we partners？”

I never knew till then how much I wanted my money to go in with Father’s. When I went to sleep my hand was still hurting-from where he squeezed it when we shook hands.