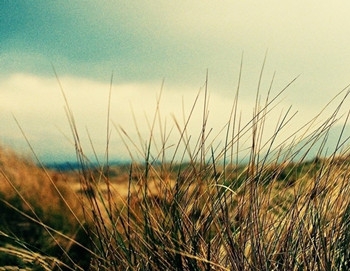 In fact none of the answers was correct. The most powerful thing in the world is the seed of plants. The force displayed by a seed is simply incomparable. Here goes another story:

The bones of a human skull are so tightly and firmly joined that no physiologist and anatomist had succeeded in taking them apart whatever means they tried. Then someone invented a method. He put sonic seeds of a plant in the skull to be dissected and provided the necessary temperature and moisture to make them germinate. Once the seeds germinated, they manifested a terrible force with which he succeeded in opening up the human skull that had failed to be opened even by mechanical means.

You may think this is too unusual a story to be grasped by the common mind. Well, have you ever seen how the bamboo shoots grow? Have you ever seen how frail young grass grow out from under debris and rubble? In order to get the sunshine and bring its will to grow into play, no matter how heavy the rocks are and how narrow the space between the rocks, it will wind its way up irresistibly, its roots drilling downward and its sprouts shooting upward. This is an irresistible force. Any rock lying in its way will be overturned. This again shows how powerful a seed can be.

Though the little grass has never been said to be herculean, the power it shows is matchless in the world. It is an invisible force of life. So long as there is life, the force will show itself. The rock above it is not heavy enough to prevent it from growing because it is a force that keeps growing over a period of time, because it is an elastic force that can shrink and expand, because it is a tenacious force that will not stop growing until it is grown.

The seed does not choose to fall on fertile land but among debris. If it is filled with life, it is never pessimistic or sad, for it is tempered by resistance and pressure. The grass that fights its way out since the moment it is hom can be called "strong' and “temacious"; only the grass that fights its way up since its birth has the right to laugh with justified pride at the potted plants in glassed green houses.