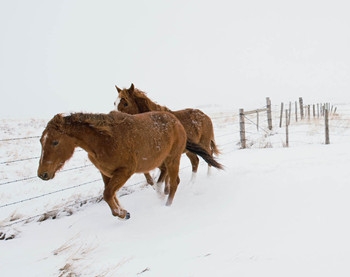 My Longing and Yearning

In 1911 I was bom into a small landlord family in a small county town in Helongjiang—China’s far northeastern province where it snowed for four months of the year.

Father was almost inhumanly avaricious. To his servants, his children and even his own father, he was just as miserly and indifferent, or heartless for tha matter.

Once:because a tenant failed to pay his rent, Father detained his cart and horses. The tenant’s family knelt in front of Grandpa, pleading for mercy with tears in their eyes. Grandpa unharnessed the two brown horses from the cart and gave them back to the tenant. Over this Father wrangled with him far the whole night. “Two horses don’t mean much to us,” said Grandpa, “but they are the life-blood to the poor.” Father bickered on.

when I was nine years old Mother died and Father became worse. If you accidentally broke a small thing like a cup, he would keep throwing curses at you until you shivered all over. Later even his eyes could cast crooked glances. Whenever I passed by him, he would eye me sideways with his arrogant look streaming down the bridge of his nose and then off the comer of his laouth, making me feel as if pricked on needles.

ln snowy evenings I would sit with Grandpa by the stove, listening to him leading poems, watching his pink lips while he was reading.

When Father beat me, I would go to Grandpa’s room and stood by the windiow from evening till late into the night, watching the white snow falling like cotton, while the lid of the kettle over the stove clinked like a musical Instrument playing accompaniment. Grandpa would put his wrinkled hand on my shoulder and then my head, saying into my ear:

“Grow quickly, my child. When you are grown, things will be better.”

At the age of twenty I fled home. Even today I am still wandering around Kke a hobo.

However, from Grandpa I have learned that in life there is not only coldness ind hatred, but also warmth and love. For that “warmth and love I will keep longing and yearning.