Ward's brush with modeling was an accidental one. She was discovered in 2002, at the age of fourteen, while accompanying her friends to the Australian modelling competition Search for a Supermodel. As she said herself in a Teen Vogue interview, she ended up being scouted herself.

Ward has long aspired to pursue acting and drama is a passion that she has held since she was a child. She starred in Australian director Elissa Down's film The Black Balloon. The Black Balloon had its world premiere at the 58th Berlin International Film Festival in Germany in February 2008, where it received a Crystal Bear as the best feature-length film in the Generation 14plus category.

She was also cast opposite Liv Tyler in the suspense thriller The Strangers as one of the three masked intruders, "Dollface". 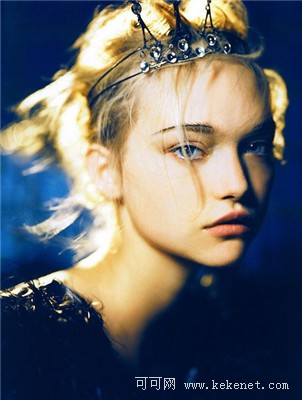 In the summer of 2011, Ward played Tamara, the antagonistic Queen of The Mermaids, in Pirates of the Caribbean: On Stranger Tides, opposite Johnny Depp.

Ward and Heath Ledger first met in November 2007 in New York when Ward had just turned 20. Both were struggling with things and they bonded over that. In The Sunday Telegraph 2011 interview, Ward confirmed that they had "developed a relationship and we started seeing each other." The two then spent Christmas together in their home town of Perth before returning to New York where Ledger died less than a month later, on January 22, 2008.