For decades, sociologists have been trying to understand why certain people rise to the top of their fields. A number of theories have emerged, so if you're struggling on the path of success, perhaps these will give you some new insight.

10. Being an Underdog Can be Advantageous 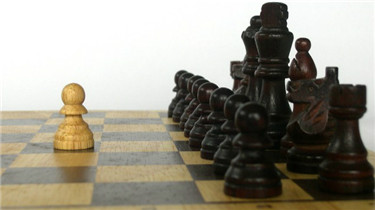 You're probably familiar with Malcolm Gladwell, who writes and researches on the topic of success. In his book David and Goliath, he examines the concept of the underdog and argues that they actually have a greater advantage than the so-called “Goliaths.” When the Goliaths win, it's often because the underdog is playing by Goliath's rules. However, if “David” looks at the situation from a completely different angle and approaches it with their own unique take, then the underdog has a better chance at winning. According to Gladwell, the underdog can substitute effort for ability under the right conditions.

Using the titular biblical example, Goliath was expecting hand-to-hand combat. David approached it differently and used a sling to fire a stone at Goliath's head. David essentially brought a gun to a fistfight. This wasn't against the rules, and David won because he didn't go along with Goliath's expectations. For an additional example, see that famous sword “fight” scene in Indiana Jones.

History is full of underdogs beating the favored opponent simply because they were innovative. The Spartans held off the Persians at the Battle of Thermopylae, and T. E. Lawrence led the Bedouins across the desert to fight the Turks. Innovation and thinking outside the box can be more advantageous than being skillful. So if the odds are against you, perhaps you just need to stop playing by everyone else's rules and embrace your strengths. 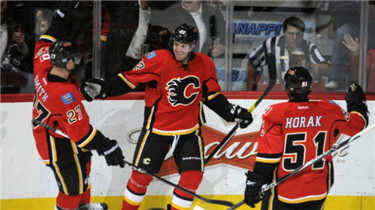 There are certain obstacles in our lives that are hard to overcome. It can be as simple as when and where you're born — in Malcolm Gladwell's popular book, Outliers, he gives the example of hockey players that are drafted to the NHL.

As children, all hockey players who are born in the same year play in the same division. However, if you compare an eight year old who was born on January 1 to a player who was born December 31, there are drastic differences. The player born in January has had almost a whole extra year to grow and develop, meaning they could be faster, stronger and simply better than a player born in December. Then when it comes time to pick players for more competitive teams, the older and more developed children will have an advantage. They're more likely to be chosen to go on for more training and play against other elite players. That cycle will continue, and the players born in December will always be playing catch up. Between 1980 and 2007, 36% of players drafted into the NHL were born in the first quarter of the year, while only 14.5% of the players that were drafted were born in the last quarter of the year.

Hockey is far from the only field that uses rigid timetables. School, which often builds the foundation for success, is also structured so children born earlier in the year have more time to learn and mature than those born later in the year. What would happen if schools had enrollment times every six months instead of once a year?

8. No One Succeeds on Their Own 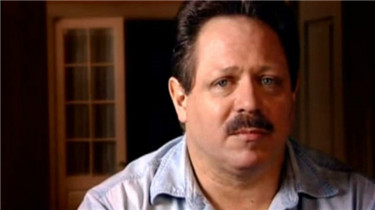 While it would be nice to succeed simply because we work hard, life doesn't work that way. We need help and support from friends, family and teachers, and then we need chances from employers and other key figures in the fields we choose to pursue. To illustrate this point, in Outliers Gladwell talks about two men with genius level intellect — Christopher Langan and Robert Oppenheimer. Many readers may know Oppenheimer as the “father of the atomic bomb,” but Langan is much more obscure.

Langan was born in 1952 and has an IQ between 195 and 210, which is higher than both Einstein and Stephen Hawking. However, Langan isn't teaching theoretical physics at Harvard — he's a rancher in Missouri. While there's nothing wrong with being a rancher, it's an odd profession for one of the smartest living people.

Gladwell points out that the men grew up in two different environments. Langan was born into a poor rural family and attended public schools that didn't recognize his brilliance. After high school he attended Reed College, but had to drop out in the second semester because his mother had failed to fill out scholarship forms. A year and a half later, after working in construction and as a forest firefighter, he enrolled at Montana State University. However, he was having problems getting to school because his car broke down. He asked the school if he could change from two morning classes to afternoon classes because he could get a ride later in the day, but the university refused. Langan became increasingly frustrated and eventually dropped out.

Oppenheimer, on the other hand, was raised in an environment where his gifts were cultured, he was encouraged from a young age, and was given the best education possible. While at Cambridge, he tried to poison a professor he was envious of. He was caught but only put on probation, and was allowed to continue studying.

It's amazing that both brilliant men went down such different paths based on the help they received. Langan was frustrated by a lack of support, while Oppenheimer committed a serious crime and got away with a slap on the wrist. The lesson is that in order to succeed, the gifts and interests of a person need to be encouraged, especially at a young age. Then as they grow up, people need to be given opportunities, breaks and second chances. Without help from other people, it makes it impossible to succeed because as Gladwell points out, “… no one—not rock stars, not professional athletes, not software billionaires, and not even geniuses — ever makes it alone.” 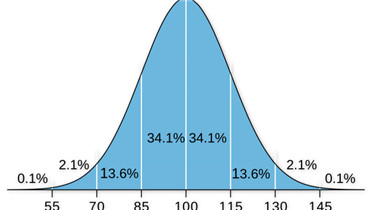 In the business world, it always seems like the smartest guys are the most successful. After all, firms hire the best and brightest from schools. However, while people with high test scores do have more opportunities, that doesn't necessarily mean that smart people are more successful. In fact, in many fields the link between success and intelligence is often weak or non-existent.

Intelligence is a complicated thing with many different facets, yet society still measures intelligence with IQ tests, grades in school and exam results. That ignores critical thinking skills and emotional intelligence.

Sociologists performed a test that involved betting on horses, which is similar to picking stocks because you're given little pieces of information on performance and then it's up to you to pick a winner. What they found was that people with lower intelligence performed better. When a person with higher IQ did do better, it was only for a short time. While a person with a higher IQ may do a new task better than a person with a lower IQ, the more they practice the gap decreases and they perform at a similar level. Hard work and experience can overcome the perceived advantage of a high IQ level. So while having a high IQ doesn't hurt, it simply isn't the driving factor for why some people are more successful than others. 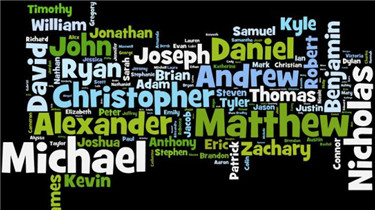 One of the things that has the biggest influence in our life is something we have no control over. Studies have shown that your name can play into your success, for better or for worse.

One interesting theory is a phenomenon called “nominative determinism,” which is that your name can actually influence which way your life goes and which profession you choose. Probably the best example of this is Usian Bolt. We tend to like things that remind us of ourselves — for example, someone with the last name “Smith” is more likely to marry another “Smith.” Usian Bolt may have been attracted to running because it reminded him of his name. People may have also wanted to encourage him because his name made him sound fast. Subconsciously, when choosing a runner to train, who would the coach be more inclined to choose — Usian Bolt or Steve Molasses? Your name can have a profound impact on what you pursue and how people treat you.

Names can also imply social class, and teachers pick up on that. Some don't feel that children with names that indicate a lower socioeconomic class are worth investing their time in. This would start a lifelong problem where the child might not be able to get caught up, simply because teachers, either consciously or subconsciously, didn't like their name. As people get older, there have been studies that show bias against people with "ethnic" sounding names when they apply for a job. Keep all that in mind if you decide to have kids.