The bar chart given by US Bureau of Labor Statistics reflects the unemployment rate in 2010 among people with different educational backgrounds. From these statistics, it can be seen that the higher degree one possesses, the less likely he is to be unemployed.

Generally speaking, two factors have contributed to this phenomenon. For one thing, the technology and the adjustment of industrial structure lead to a dramatic demand of workforces with high educational degrees. Therefore, it is natural for people with higher educational degrees to enjoy a steadier and better-paying job. For another, those with lower educational degrees tend to be dismissed and substituted more frequently because their jobs which usually feature low technologies can be done by anybody.

As far as I am concerned, education is indeed a worthy investment. First, as individuals, we should attach great importance to education. Second, the government and authorities should adopt relevant measures to ensure the equity of education. Only in this way get the tickets to a much more comfortable life.
快速阅读-参考答案 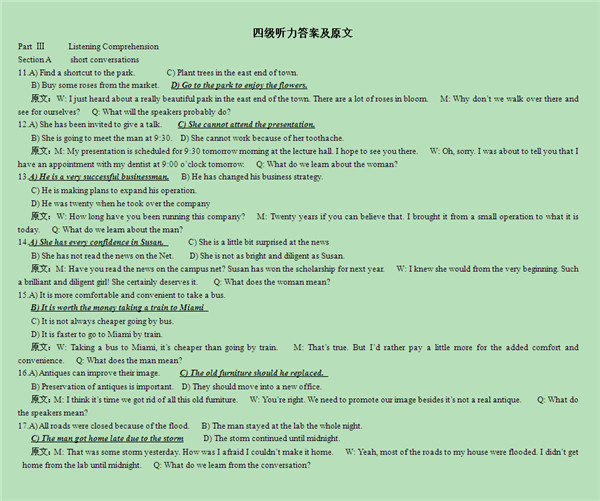 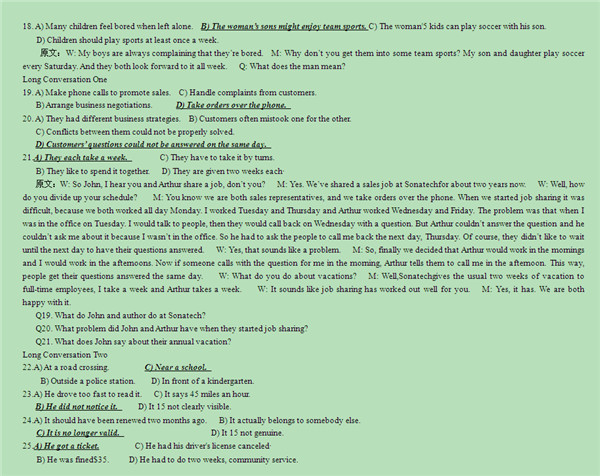 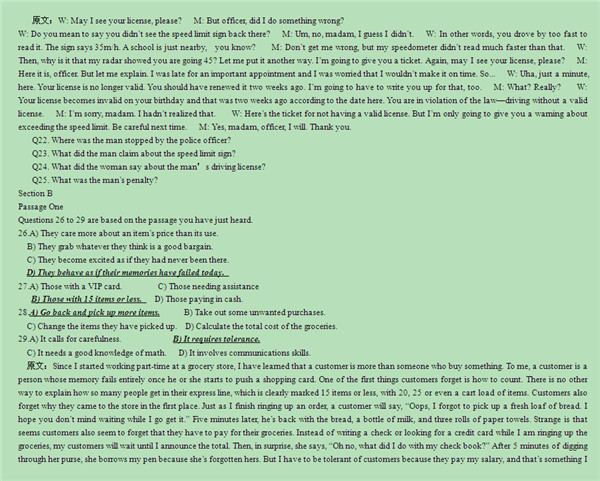 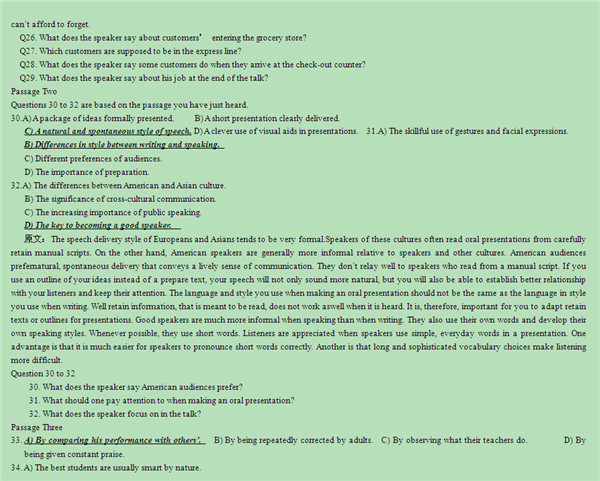 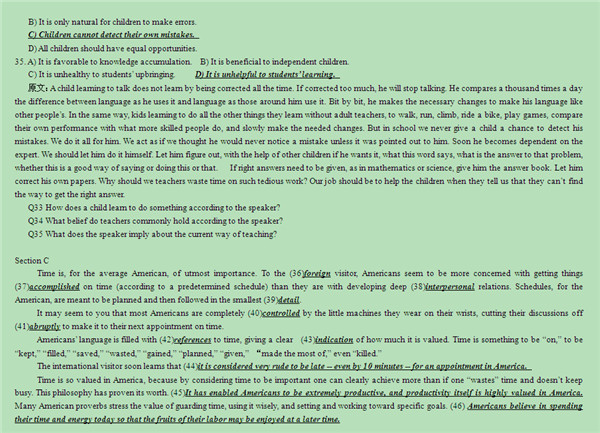 36. foreign
37. accomplished
38. interpersonal
39. detail
40. controlled
41. abruptly
42. references
43. indication
44. it is considered very rude to be late-even by 10 minutes-for an appointment in America
45. It has enabled Americans to be extremely productive, and productivity itself is highly valued in America
46. Americans believe in spending their time and energy today so that the fruits of their labor may be enjoyed at a later time
深度阅读-参考答案

点此查看真题试卷
【翻译-参考答案】
87. had I felt so excited
88. could have said something that she might regret later
89. in focusing on reviewing the lessons
90. have heard them communicating with each other in French
91. available for free