President-elect Donald Trump has said that between 2 and 3 million illegal immigrants will be deported from the United States after he takes office.In an interview with the American TV Station CBS, Mr.Trump said those with criminal records, including gang members and drug dealers, will be the priority. 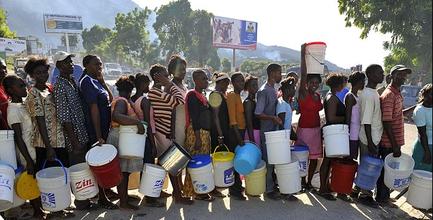 Iraqi government forces say they've recaptured Limwood the site of an ancient city south of Mosul that was overrun by the Islamic State group two years ago.The old city, once the capital of the Syrian empire was completely destroyed by IS last year.

New Zealand is assessing the situation on the south island after it was hit by a strong earthquake followed by a tsunami.People along the east coast left their homes and moved to higher ground. But the alert has now been downgraded to a coastal warning. At least 2 people were killed.

It's emerged the suicide bomber who staged an audacious attack on the Bagram airbase in Afghanistan on Saturday worked inside the facility.He was a former Taliban fighter who joined the peace process.Four U.S citizens died when the man blew himself up within the compound.

Members of an indigenous community in northern Bangladesh have said their homes were set on fire last week and several people killed in a land dispute.They described their deal to visiting politicians.

The Bulgarian prime minister Boyko Borissov has said he will resign after his party's candidate lost the presidential elections.Exit polls indicate that the oppostion socialist candidate Juman Radef who favors improved relations with Russia has won the second round of voting. Mr.Radef was more than 20% ahead of the pro-western parliamentary speaker Sec Suchevup.

The renowned Italian free diver Enzo Maiorca has died in his native Sicily. He was 85. Holder of many world records, he was the first man to dive to a depth of 50 meters.

We deport aliens who slip across our borders.
我们把偷渡入境的外国人驱逐出境!HDTg7tA(1U^S。

The government has pledged to give the promotion of democracy higher priority.
政府已经保证把促进民主摆在更重要的位置X~uWWFX_Jl%|u。

He ordered the army to recapture the camp at any cost.
他命令军队无论如何也要夺回营地76C5%V9PF,xA。

The college has few ways to assess the quality of education overall.
总体看来，这所大学评估教育质量的方法寥寥无几L_.@*8G-Op1。

His superiors suspended him, and then downgraded him.
他的上司先将他暂时停职，随后把他降职kMvPAIuMq58So&2iyI0!。

Your plan of going abroad is an audacious decision.
你计划出国是一项大胆的决定X-]D=ESzSL&40I。

Each country has its own indigenous cultural tradition.
每个国家都有其自身的文化传统&R=mZ3o|S-mrTdD^x,。

1.Members of an indigenous community in northern Bangladesh have said their homes were set on fire last week and several people killed in a land dispute.

A post office was set on fire and vehicles were stoned by looters.
抢劫犯放火烧了一家邮局，并用石头砸车x,nebV)GCC)-|X.T。

2.Four U.S citizens died when the man blew himself up within the compound.

He was jailed for 45 years for trying to blow up a plane.
他因为企图炸毁一架飞机而被判入狱45年OPB(3)ubMO!bK。