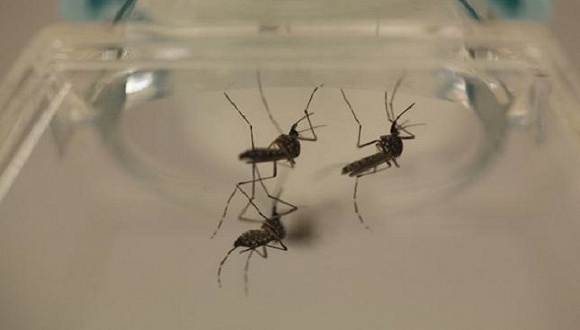 President Recep Tayyip Erdogan of Turkey has announced that a gesture of good will he's withdrawing all lawsuits against individuals accused of insulting him. Almost 2000 prosecutions for insulting the president have been approved in the last two years. Speaking at an event in Ankara to commemorate the more than 200 people he said were killed during the failed coup, Mr. Erdogan called for unity across the country. July 15 should be accepted as a milestone for us to unity and brotherhood. In that direction, I am withdrawing as one of gesture all lawsuits filed for insulting me. We need solidarity and we should trigger the feelings of unity.
The European Banking Authority has published the results with health check of more than 50 banks across the continent and how they would fear if there was another major financial crisis. Theo Leggett reports. The European Banking Authority modelled a big economic shock, something just as severe as what we saw in 2008. To see how the banks would respond when their bad loans would rise and their profits would fall and whether they had enough in the wealthy capital buffers, money set aside to deal with that. There's no partial fail, but it's clear that some banks have come out this exercise a lot better than others. The Italian bank Monte dei Paschi feared worse in the stress test which indicated it would simply ran out of money if the test's theoretical scenario was real. Of the 50 others banks tested there was also particular concern about Spain's Banco Popular.
United States officials say that it is still safe to visit Florida even though it's just become the first state on US mainland confirm the cases of the Zika virus transmitted by local mosquitoes, but the British government has now advised pregnant women to consider postponing any non-essential trips to the state. Laura Becca reports from Washington. Health officials had warned it would only be a matter of time, but now that is evidence that Zika carrying mosquitoes are on the US mainland. Four people are thought to have contracted the virus in Miami, no mosquitoes have been found to carry Zika. But other methods of transmissions such as being bitten in other country or having sex with an infected person have been ruled out. The state of Florida has announced more aggressive mosquito control efforts and politicians are keen to assure tourists it's safe to visit.
Prosecutors in Austria say two men suspected of being connected with Islamic militants who massacred 113 people in Paris last November have been extradited to France. The two Abdel Hadi and Mohammed Usman Ganni were arrested at an Austrian refugee center in December. Judicial sources said they have been charged with being associated with terrorist criminals.World news from the BBC.
The United Nations Security Council has authorized deployment of an international police force to Burundi to try to quell more than a year of violence and human rights abuses. Here is David Bamford. The Security Council approved a draft resolution presented by France which called for a force of up to 228 police officers for one year. Earlier the government of Burundi said it would accept no more than 50 officers. Over 500 people have been killed in Burundi, many of them in extrajudicial killings blamed on the country's police force. The unrest began in April last year when president Pierre Nkurunziza announced plans to run for a third term which he went on to win.
The former president of Brazil Luiz Inacio Lulada Silva is to face trial on charges of obstructing justice. He's been under investigations as part of Operation of Car Wash which is looking into a sprawling corruption scandal focused on the state run oil company Petrobras. The BBC's Marcus Herbert has the details. Lula de Silva was Brazil's president between 2003 and 2010 has been accused of playing a central role in the corruption scandal. That is estimated to half across Petrobras about two billion dollars. Now he is officially a defendant but judges against him are limited to alleged attempts to obstruct inquiry. Prosecutors say Lula de Silva tried to prevent the former Petrobras director from testifying in the case, the former president has denied the allegations against him.
The former president of the Guatemala football federation Brayan Jimenez has pleaded guilty in a New York court to racketeering a wire fraud. He could face 20 years in jail for each charge. Prosecutors say that he received hundreds of thousands of dollars in bribes to award lucrative marketing right to his country's world cup qualified matches to a Florida based company. He was arrested in Guatemala in January. BBC news.

例句：Edwards was indicted on racketeering charges but never convicted.
爱德华兹被控犯有诈骗罪，但却从未被定罪&_!SVAtO2xYX&@3|*。

例句：Missile deployment did much to further polarize opinion in Britain
在英国，导弹部署极大地导致了意见进一步分化;R,Mr~]FAwIV6c(V0b。

1.The former president of the Guatemala football federation Brayan Jimenez has pleaded guilty in a New York court to racketeering a wire fraud.

例句：Miller was charged with wire fraud, which carries a maximum penalty of 20 years.
米勒被指控涉嫌电信诈骗，最高可判20年监禁6EI1Unq=MD=1w7gT。

2.Prosecutors in Austria say two men suspected of being connected with Islamic militants who massacred 113 people in Paris last November have been extradited to France.