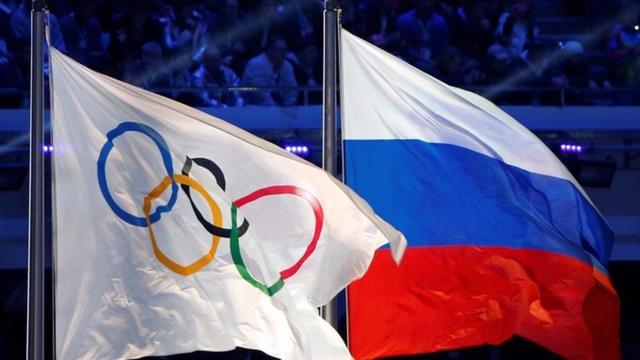 The national convention of the Republican Party in the United States has been disrupted after delegates were not allowed to register their opposition to the candidacy of Donald Trump. Delegates are due to adopt Mr. Trump as their nominee later this week. From Cleveland Ohio, James Cook reports. There were some crowds as opponents of Donald Trump failed to force a rule change which would've allowed them to mount a symbolic challenge to the tycoon's nomination. As the chairman declared that the demand for the so called roll call vote had been defeated by acclamation, there was pandemonium with some anti-Trump delegates storming out. The YEAs have it. Some again chanting for the vote, but to no avail. That was James Cook. Mr. Trump is expected to introduce a speech by his wife later this evening.
Officials in Germany say a 17-year-old Afghan immigrant has attacked four people on a train near the southern city of Wurzburg. Our correspondent in Berlin is Damien McGuinness. Three people have been seriously injured and 14 have been treated for shock after a man attacked passengers with an axe on a train in southern Germany. The man was chased by police and after attacking officers with a knife was then shot dead. According to Bavaria Interior Minister Joachim Herrmann, the attacker was a 17-year-old Afghan who came to Germany as an asylum seeker.It's not yet clear though what the motivation behind the attack was.
The Turkish president Recep Tayyip Erdogan has said suggestions that he is punishing his political opponents following last week's coup attempt are libelous. About 18,000 police officers, military personnel and judges have been suspended or arrested in the days since the coup was put down. Among of its supposed leaders, the Air Force Commander General Akin Ozturk has appeared in court marked by several recent wounds. The General denied any involvement in the uprising.
Russia's participation in next month's Olympic Games is in the balance after it was accused of state’s sponsored cheating across a range of sports. Sarah Rainsford reports from Moscow. Russia now faces the prospect that its entire Olympic team could be banned from competing in Rio following evidence that doping was covered up systematically across disciplines. The deputy sports minister Yury Nagornykh has already been suspended. He was named as the key figure in the reports accused of directing operations from the sports ministry.
The South Korean military says North Korea has fired three ballistic missiles into the sea off its eastern coast. It says that the missiles had a range which enables them to strike all South Korea. This month Pyongyang threated to take action in response to the planned deployment of US anti-missile system in the south. World news from the BBC.
MPs in Britain have voted overwhelmingly in favor of renewing the country's aging nuclear deterrent. The YEAs for the right 472, the NAYs are left 117. The vote has been called by Britain's new Prime Minister Theresa May whose conservative party backed the motion as to the number of Labor MPs. That give a free vote by their leader Jeremy Corbyn an opponent of nuclear weapons. Tom Symonds followed proceedings in the House of Commons. After countless previous debates about nuclear weapons, many of the arguments deployed in this one were familiar, but all from the virtue of independent deterrent, were set against the claim that the threat has changed since the days of the Cold War. Early in debate, both Theresa May and Jeremy Corbyn were asked if they would be prepared to launch a nuclear attack capable of killing 100,000 people or more, she said briskly yes, his answer no.
Finally, the authorities in Guatemala say an army officer convicted of killing an outspoken and Catholic Bishop has died in a prison riot. Byron Lima had been serving a 30-year sentence for the murder in 1998 of Bishop Juan Jose Gerardi, an opponent of the then military regime. Candace Piette reports. A lawyer for Byron Lima claimed he had been shot by a rival gang within the jail, the former army captain is reported to have been one of the most powerful inmates in Guatemala's prison system. He’d recently forbidden a rival gang from selling drugs in the prison where he was serving his sentence. Lima had been convicted along with his father, an army colonel, and a third man of the murder of bishop Gerardi. The cleric was killed two days after publishing a report in which he blamed the Guatemalan army for most of the human rights abuses committed during the country's long military conflict. BBC news.

例句：Hopefully, that will have a deterrent effect on drug syndicates in the future.
希望这能在将来对贩毒集团起到威慑作用tIqw0gPHd|^%Xd。

例句：Pandemonium broke out as they ran into the street shouting.
他们叫嚷着冲到大街上，大街上顿时乱作一团7ieQb#n8Gsi27)li9._E。

例句：Five other US military personnel were killed in various incidents.
另有5名美军士兵死于各种意外p6UIkuz||_TyW^l|yi29。

例句：I understand Coca-Cola are to be named as the new sponsors of the League Cup later this week.
我知道可口可乐公司将在本周晚些时候被指定为联赛杯的新赞助商#C9iCE@pQl8rgWUB7~。

1.Russia's participation in next month's Olympic Games is in the balance after it was accused of state’s sponsored cheating across a range of sports.

例句：The future of the nations hangs in the balance.
国家的前途安危未卜nYcvuB84IJ^。

2.The South Korean military says North Korea has fired three ballistic missiles into the sea off its eastern coast.